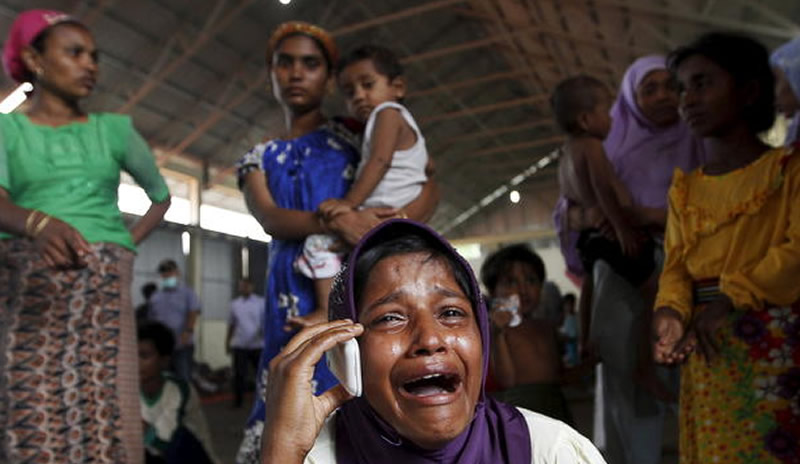 Burma says thousands of people who fled the country were seeking better jobs elsewhere, not trying to escape persecution.

Foreign Minister Wunna Maung Lwin made the comment a day after officials brought to shore about 730 migrants and said they were verifying their nationalities before sending any citizens of Bangladesh home.

The U.N. says about half of the migrants who have come ashore in Southeast Asia in recent weeks are Rohingya Muslims fleeing persecution in Burma, which is also known as Myanmar, and the rest are Bangladeshis escaping poverty.

The foreign minister told diplomats Thursday “it is not true” that migrants flee Burma because of persecution. It was the latest denial by Burma of any blame for the humanitarian crisis involving more than 4,600 people who’ve arrived by boats in five countries.