Pakistani Among 9 IS Suspects held in Germany 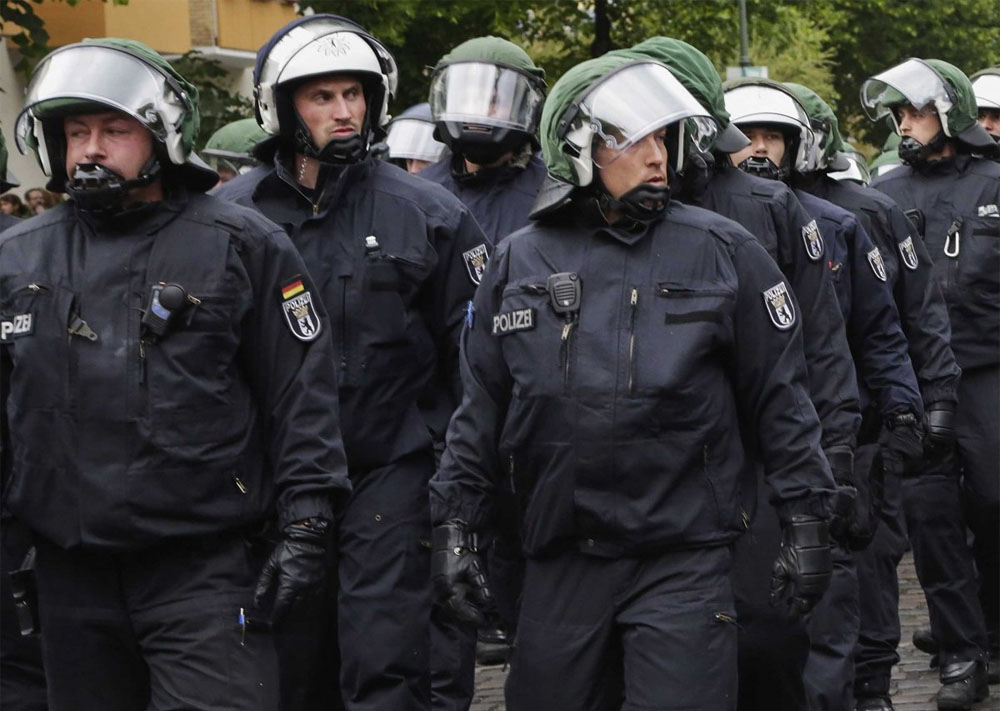 German police arrested nine suspects Wednesday accused of supporting extremist group Islamic State (IS) that is fighting in Iraq and Syria, in dawn raids involving some 240 officers, authorities said. Eight of the suspects.

German citizens aged 22 to 35, are accused of a string of burglaries of churches and schools in and around the western city of Cologne to raise cash for the jihadist group, said police in North Rhine-Westphalia state.
The spoils of the crimes were allegedly sent as “direct transfers to jihadist fighters in Syria” and “to finance the departure of combat volunteers to Syria”, they said in a statement. In keeping with German media reporting rules on criminal suspects, the eight were identified only as Mustapha A., 25, Kais B. O., 31, Lazhar B. O., 22, Sofien B. O., 35, Omar B. O., 25, Anoaur J., 25, Ali O., 23, and Usman A., 29.

One of them, Kais B. O., as well as the ninth suspect arrested, Pakistani national Mirza Tamoor B., 58, also face charges brought by Germany’s chief federal prosecutor of supporting militants.

Both are accused of giving cash to and recruiting fighters for IS and of supporting two other militant groups fighting in Syria that are listed as foreign terrorist organisations by Germany. Police said they raided the premises of another 20 alleged “radical Salafists”, also suspected of having helped the jihadists with money and forged travel documents, in North Rhine-Westphalia, Bavaria and Lower Saxony states.

Fears are mounting in Europe about a growing security threat posed by jihadists returning from war-ravaged Syria and Iraq. Security sources estimate that more than 450 Germans have travelled to the region, many to join combat on the side of IS militants, and that more than 150 have returned to Germany.

Meanwhile, a spokesman for militant group Jundullah on Wednesday claimed that a delegation from the Islamic State group had visited the organisation’s leaders in Balochistan.  Jundullah spokesman Fahad Marwat said the visit took place this week in the Balochistan province. He said the purpose of visit by the Islamic State group was to see how it could work to unite various Pakistani militant groups. -nation