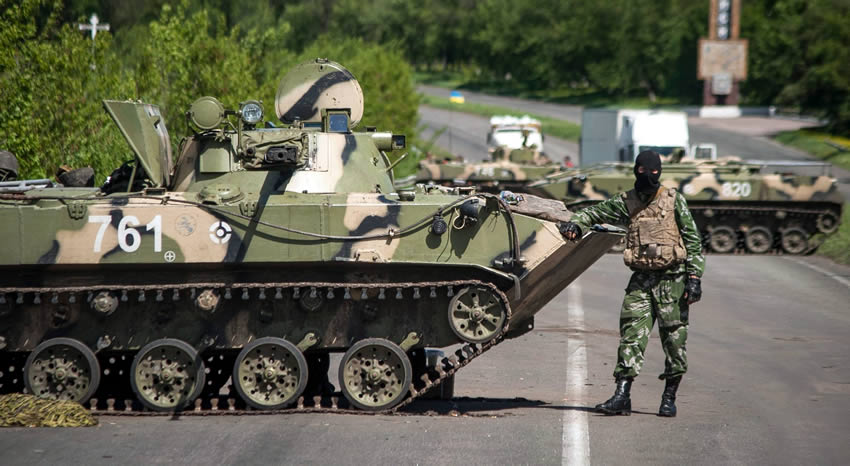 A key round of peace talks between Ukraine’s government and pro-Russian rebels, due to take place in Minsk on Friday, has been called off, Belarusian officials say.

No immediate reason was given by the Belarusian foreign ministry. The talks had begun on Wednesday to try to end the conflict in eastern Ukraine which has left 4,700 dead. A ceasefire and framework peace deal were announced in Minsk in September but neither has been properly observed.

The latest talks also included Russia and the Organization for Security and Co-operation in Europe (OSCE). Friday’s round had been expected to tackle issues including the withdrawal of heavy weapons from the front line, the exchange of prisoners and ending Ukraine’s economic blockade of rebel-held areas.

Belarusian foreign ministry spokesman Dmitry Mironchik told Agence France-Presse: “There will be no contact group meeting today,” but he added that “Belarus is always ready to offer [Minsk] as a negotiations venue.” Wednesday’s talks focused on troop withdrawals and aid, although no details of any progress emerged. A day earlier, Ukraine’s parliament had voted to work towards membership of Nato, a move heavily criticised by Russia. Russia’s Deputy Defence Minister Anatoly Antonov accused Nato members of “trying to turn Ukraine into a front line of confrontation with Russia“.

Since the conflict began in eastern Ukraine in April, 4,707 people have lost their lives, according to the UN. Of that number 1,357 have died since the 5 September ceasefire was agreed. Pro-Russian separatists took over the two eastern regions of Donetsk and Luhansk after Moscow annexed the Ukrainian peninsula of Crimea in March, in a move not recognised by Ukraine and its allies.

Ukrainian forces and volunteers then mounted a military operation to recover the areas. The latest attempt at a ceasefire began on 9 December but sporadic violence has continued in both regions. – BBC