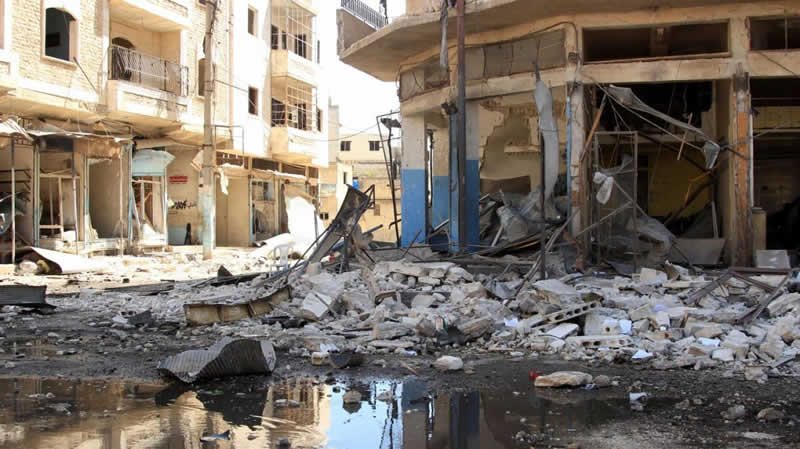 “The Russians struck northern Homs today and killed 36 innocent people… who fought against extremism,” said Khaled Khoja, head of the National Coalition, in an interview.

The opposition had received the names of all 36 victims, including five children from Homs, and were waiting detailed reports from elsewhere, Khoja said. Russian warplanes carried out strikes in three Syrian provinces along with regime aircraft on Wednesday, its first military engagement outside the former Soviet Union since the occupation of Afghanistan in 1979.

The raids were carried out as Russian President Vladimir Putin seeks to steal US President Barack Obama s thunder by pushing a rival plan to defeat Islamic State militants in Syria.