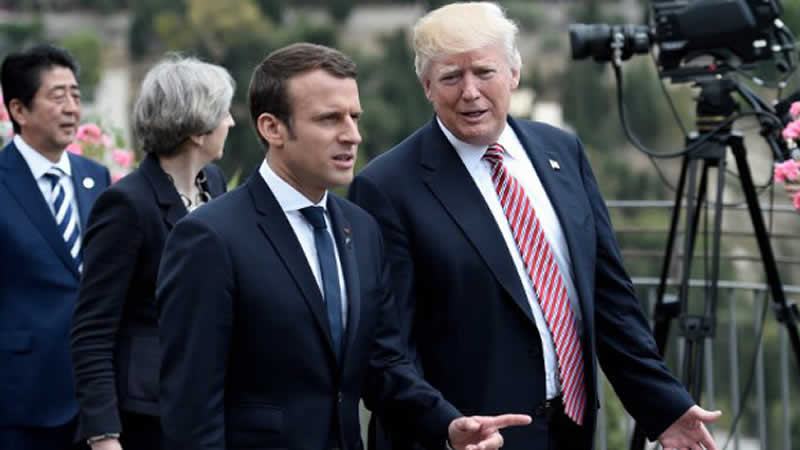 US President Donald Trump has accepted an invitation to join his French counterpart Emmanuel Macron at Bastille Day celebrations in Paris on July 14, French and US officials said Wednesday.

Trump will attend the traditional military parade for France s national day on the Champs-Elysees avenue, where US soldiers will march alongside French troops to commemorate the centenary of America joining World War I, Macron s office said. The White House confirmed the visit.

“President Trump looks forward to reaffirming America s strong ties of friendship with France, to celebrating this important day with the French people, and to commemorating the 100th anniversary of America s entry into World War I,” his administration said.

The two leaders, who sealed their first encounter last month in Brussels with a white-knuckle handshake, will “further build on the strong counter-terrorism cooperation and economic partnership between the two countries,” the White House added.

The invitation from France s new 39-year-old president comes despite his public disagreement with Trump on climate change.

When Trump announced his decision to pull the US out of the 2015 Paris climate accord Macron hit back with an English-language appeal to “make our planet great again” — a riff on Trump s own promise to “make America great again”.

Read More: Donald Trump Withdraws US From Paris Climate Accord

This year s Bastille Day parade comes 100 years after US troops landed in western France to help the Allied Powers to victory over Germany and its allies in World War I. Trump s trip will follow a visit to France by Vladimir Putin in May when Macron hosted the Russian leader at the Versailles palace west of Paris.

Macron will hope the invitation does not meet with the opposition that the prospect of Trump visiting Britain has faced. The invitation, extended by Prime Minister Theresa May when she visited the White House soon after Trump was sworn in, has been lambasted by London Mayor Sadiq Khan.

Khan, a Muslim who was criticised by Trump over his handling of this month s London Bridge terror attack, said “many British people disagree with many of Donald Trump s policies” and the visit should be scrapped.

British opposition leader Jeremy Corbyn has echoed Khan s criticism of the invitation and has also called for the visit to be shelved. A date for the visit has not been set, but May s office say there is “no change” to the plans.