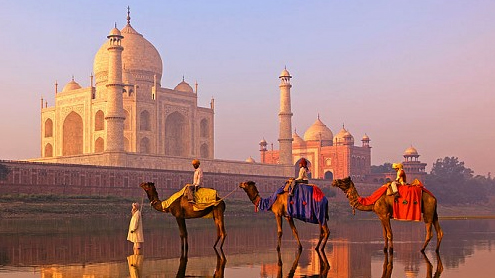 It didn’t go unnoticed that the best news for the beleaguered Indian economy last week came not from the markets but the Gods via the weatherman.As India’s once ‘miraculous growth’ story took a dark twist – Standard & Poors downgraded its outlook to ‘negative’ while Moody’s blamed the ruling Gandhi family for the political paralysis behind faltering growth – the country’s Met Office offered one silver lining. It ruled out the possibility that the monsoon rains would fail.

While Dr Manmohan Singh’s government has lurched from one crisis to another and serious differences within his coalition have placed almost all reforms on hold, fear of a failed monsoon is the one thing which unites his fractious cabinet and Indian business leaders alike.In the past few weeks temperatures in New Delhi have plummeted, raising concerns that the searing heat and dust needed for a torrential monsoon will not come, causing crops to fail and inflation to soar once again.

If the weathermen’s forecast is correct, India’s problem remains a longer term one. How to revive a ‘flagging’ growth rate of 7pc back towards the double-digit figure the country had in its sights barely two years ago.According to S&P and Moody’s, the root cause of the disappointing performance lies in the country’s government. S&P said last week that India’s rating could deteriorate further if “the external position continues to deteriorate, growth prospects diminish or progress on fiscal reforms remains slow in a weakened political setting.” – Telegraph