Modi Says if he becomes PM he Will hunt Dawood 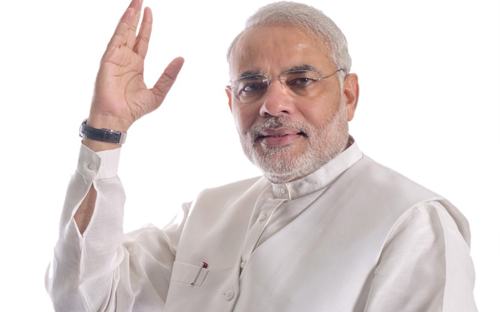 BJP leader Narendra Modi has said if he wins the elections he would bring fugitive underworld don Dawood Ibrahim to India to be tried for the 1993 blasts in Mumbai. He told a Gujarati news channel on Saturday that the previous administrations had not tried hard enough.

Dawood stands convicted in absentia in India for the blasts, together with several Mumbai accomplices. Several pro- Narendra Modi analysts, including former diplomats, are showing interest in targeting Pakistan-based clerics and other extremists allegedly involved in terror activities in India. Mumbai’s DNA newspaper said on Sunday that a former police officer, who investigated the blasts, was of the firm opinion that the don could indeed be brought to India. He told DNA: “Narendra Modi is a man of tremendous willpower and a go-getter. These qualities are needed at the top-most level to operational a plan to eject Dawood out of Pakistan.

“I am not saying this as a member of the BJP, but as a professional cop who has dealt with organised crime for several years. It should not be a difficult task.” The paper said a 1993 plan was prepared by the Mumbai police to send a crack team of five highly motivated officers with fake passports to Karachi to eliminate Dawood. But, it said, New Delhi, then ruled by the Congress, never gave the go-ahead for this undercover operation. DNA said Chhota Rajan, a sworn rival of Dawood, stated on Friday night that some years ago he had sent a hit squad, including Farid Tanasha and D.K. Rao, to Karachi to eliminate Dawood. “Dawood was scheduled to come to offer prayers at a dargah near his home in Karachi.

My boys were lying in wait. But he never turned up and the operation had to be called off,” he disclosed. Sources in the intelligence community, however, told the paper that such an operation is not as simple as it appears. Dawood’s alleged chief lieutenant Chhota Shakeel had told DNA a few months ago that: “Dawoodbhai koyi halwa nahin hai ke usko uthake koi be le jaa sakta hai. (Dawood is not a piece of halwa that anyone can take him away).” Pakistani diplomats have expressed their keenness to work with Mr Modi should he become prime minister. They have underscored his declaration of seeking peaceful ties with all countries as a pointer to his intentions towards Pakistan. -dawn