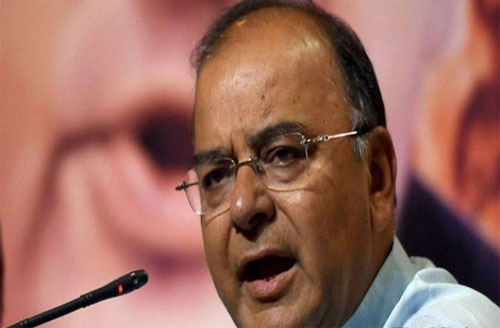 India warned Pakistan on Tuesday of more “pain” if it continues to violate the ceasefire along the Kashmir border. Defence Minister Arun Jaitley told NDTV it’s up to Islamabad to create the conditions for a resumption of talks.

“Our conventional strength is far more than theirs. So if they persist with this, they’ll feel the pain of this adventurism,” the Indian defence minister said to NDTV.

“When Pakistan used to fire, we always had a shield in our hand. This time we also had a sword,” said Jaitley, who is a close associate of Modi and is also finance minister. Jaitley said, “Of course we can talk to Pakistan, but it is up to Pakistan to create an atmosphere for talks. Pakistan has to stop triggers which upset the environment in which talks are held.” Meanwhile, Adviser to Prime Minister on Foreign Affairs Sartaj Aziz has said that Pakistan has the capability to thwart any aggression and India should have no doubt in this regard.  Speaking in a PTV programme, he said, “We will never accept India’s supremacy and hegemony and protect our vital interests at all costs.”

To a question, Aziz said that at the moment he did not see friendly ties with India, but Pakistan would do its best to keep the relations normalised, as both the countries could not afford escalation of tensions.

The adviser on foreign affairs said Indian prime minister wanted to normalise ties with Pakistan on his terms, which was not acceptable to the government as well as the nation.  He said the Indian insistence that Pakistan should forget Kashmir, was not acceptable.  The adviser hoped that India would realise soon that tension would tarnish its image at international level, as the world was already disappointed over the cancellation of foreign secretaries meeting.  However, Indian National Security Adviser Ajit Doval said on Tuesday India was open to dialogue with Pakistan, asserting that there are no problems which cannot be resolved.

He said India would like to address all bilateral issues through talks while having an “effective deterrence” to deal with terrorism emanating from Pakistan. Delivering an address on “The Munich Security Conference”, he emphasised the policy of having friendly relations with all neighbours and said India’s economic progress could bring the regional countries together. He also emphasised that India wants to have friendly relations with an economically-growing China without compromising on territorial sovereignty.  India has lately been resorting to intense shelling on Pakistani military posts as well as civilians along the de facto border in Kashmir and villages along the Sialkot Working Boundary, and accusing Pakistani forces of firing first. Pakistani forces say they only respond to BSF aggression.  The two sides exchanged mortars and intense gunfire this month, killing at least 20 civilians and wounding dozens in the worst violation to date of a 2003 ceasefire.

While the firing has abated, tension remains high along a 200-km stretch of border dividing the nuclear-armed rivals. India’s top Army officials and the government said that Prime Minister Narendra Modi has given the defence forces a free hand on handling the tension and violence at the Kashmir border. Modi’s government came to power in May promising a tough response to violence in the Himalayan territory.  It accuses Pakistan of helping Islamist militants cross into its side to keep alive a 25-year armed revolt in India’s only Muslim-majority state. But Islamabad maintains it only provides moral and diplomatic support to Kashmir’s rightful struggle for right to self-determination as per UN resolutions.

Military officers on both sides say Indian border commanders adopted a more aggressive stance in the clashes this month, firing 1,000 mortars on one day this month. It was not clear what triggered the fighting. Pakistani army officials said the trouble began with India’s decision to beef up border defences. , in violation of the ceasefire pact. Indian army commanders were incensed by the killing of a soldier on their side of the LoC in a remote-controlled explosion that they blamed on militants backed by the Pakistani army.  Modi invited PM Nawaz Sharif to his inauguration to push to rebuild trust. But in August, the Modi government abruptly called off talks between the two countries’ top diplomats, objecting to Pakistan’s ambassador to New Delhi holding talks with Kashmiri leaders ahead of the meeting. -nation

The Memorable and Respected Teachers