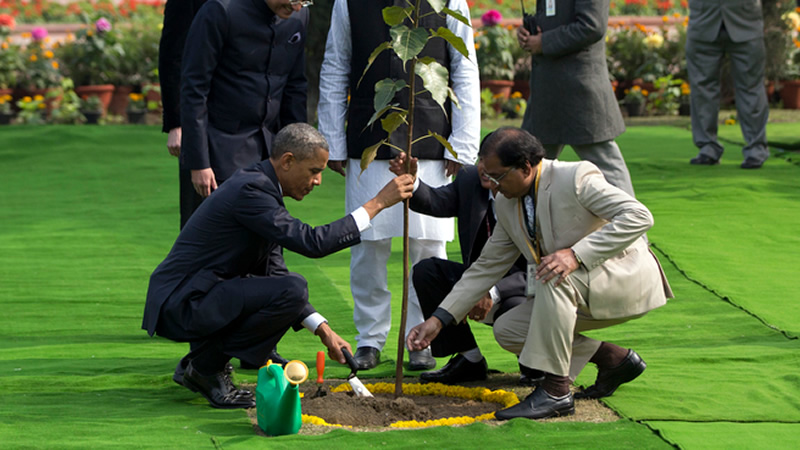 Officials in India want to make one thing clear: The tree that President Barack Obama planted in New Delhi three weeks ago is not dead.

It just looks dead. The peepal tree was awash in leaves when Obama planted it at the New Delhi memorial to Indian independence leader Mohandas K. Gandhi. By Thursday, though, it was just a single lonely stem. That lack of leaves has been giving Indian officials sleepless nights, with the media here blasting them for allowing the tree to die less than a month after the presidential visit. But the reality: Peepal trees often lose their leaves this time of year. It s a seasonal phenomenon,” B.C Katiyar, a top regional government horticulturist, said Thursday, after he and other officials visited the tree and pronounced it in good health.

“It will send out shoots within the next 10 days.” The peepal, or ficus religiosa, is seen as holy by many in Asia — the Buddha is said to have attained enlightenment under the tree in 589 B.C. -dunyanews