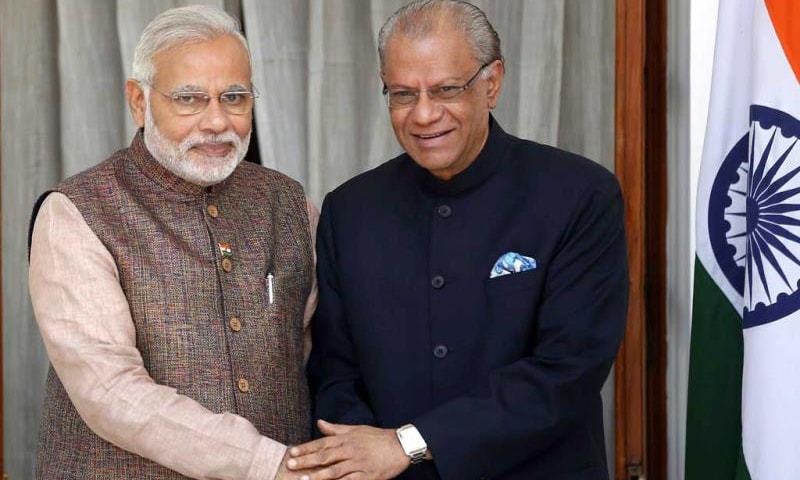 It earned the rights to set up two islands from its oceanic neighbours — ‘Agalega’ from Mauritius, and ‘Assumption’ from Seychelles — during Indian Prime Minister Narendra Modi’s much talked about visits to Maldives, Seychelles and Sri Lanka. New Delhi is set to manifest its presence in the world’s third largest ocean by offering to develop partnerships with the two blue economies to generate bilateral economic cooperation, the report cited. The go-ahead given to India to build up the islands is of paramount strategic significance as China dominated the realm of purposeful engagement with the island nations hitherto — despite India’s central location in the region. According to official sources cited in the TOI report, the development rights had been discussed for months before they were finalised during Modi’s official visits to the isles. Highlighting the impact that ocean economy could have in meeting India’s future challenges, Modi, on the day the agreement was finalised, said in a media statement: ”Our agreement today on the development of infrastructure in the Assumption Island (Seychelles) gives a strong boost to this partnership.”

Read More: Modi Due in 2016, Xi’s Visit Being Scheduled

A memorandum of understanding (MoU) was also signed between New Delhi and Mauritius for upgrading the infrastructure to improve air and sea connectivity to the Mauritian island, with the prospect that it would also positively impact the living conditions of the island’s inhabitants. Until recently, China’s hegemony in the Indian Ocean was apparent in its attempts — and regular success — in undertaking a number of mega infrastructure projects in the littoral states. Modi’s impending visit to Sri Lanka, the first visit by an Indian prime minister in 28 years since the late Rajiv Gandhi arrived on the island nation in 1987, could mean a breakthrough in relations between the two countries. His visit comes after three decades of mostly rocky relations largely due to an ethnic separatist conflict in Sri Lanka.

Ties fell further to their lowest levels in the final years of the nine-year administration of former President Mahinda Rajapaksa, whose pro-Chinese policies threatened India’s say in the region. But Rajapaksa’s election defeat in January at the hands of Maithripala Sirisena has reversed that trend, especially when Sirisena picked India for his first official visit How successful could India turn out in exhibiting its imperialistic supremacy to its recalcitrant neighbour is a question some analysts have in their minds; whether the formidable Indian Ocean could really metamorphose into India’s ocean.