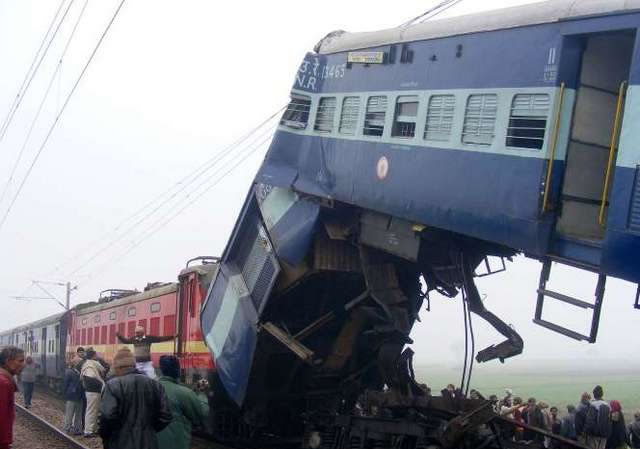 A train rammed into a tractor pulling a wagon loaded with people at an unmanned railroad crossing in northern India, killing 10 people and injuring more than 30 others, a police official said Wednesday.

The tractor was crossing the railroad track near the town of Bijnor in Uttar Pradesh state when it was hit by the passenger train late Tuesday, said Shailendra Lal, a police officer in Bijnor. The wagon was overcrowded with people returning from a ceremony at a nearby Hindu holy town near the Ganges River, Lal said. Thirty-three people were injured in the accident. Six of them were in critical condition and were taken to a hospital in the nearest big city of Meerut. The accident site was about 350 kilometres (220 miles) from Lucknow, the capital of Uttar Pradesh.

Railway accidents are common in India, which has one of the world’s largest train networks serving about 23 million passengers a day. A lack of money means that hundreds of dangerous crossings in the country are not guarded around the clock.