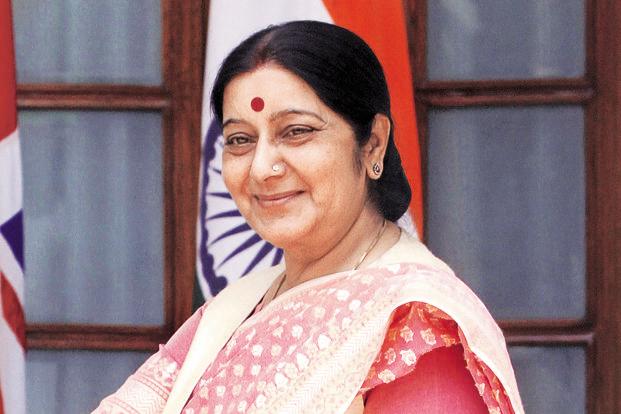 Indian Fore­ign Minister Sushma Swaraj said on Sunday there was no flip-flop in Delhi’s policy towards Pakistan nor was any engagement planned with Islamabad in the near future.

She told a news conference that Pakistan’s adherence to three conditions could cha­nge the situation for the better. Ms Swaraj said the two countries had decided on three principles for talks when Prime Minister Nawaz Sharif had come here last year. These principles were also part of the Shimla and Lahore declarations. “First, we are ready to resolve each issue through peaceful dialogue. Second, the talks will be between the two countries — us and Pakistan. “Neither a third country will mediate nor there will be a third party. Third, an atmosphere of harmony should be created by keeping away terror and violence.

“These are not decided today…We have told Pakistan repeatedly that talks can take place based on these three principles,” she told a press conference, noting that these were the principles agreed upon by the two countries in Shimla and Lahore declarations.  Press Trust of India quoted Ms Swaraj as saying no enga­ge­ment was scheduled. She was asked if any meeting was proposed between India and Pakistan in the near future. “Now if (Mumbai terror suspect Zakiur Rehman) Lakhvi is out and he is released…and if Pakistan thinks that there is an atmosphere of harmony, will India accept it?” she added. “There is no flip-flop in our policy. We had decided on three principles for talks when Sharif had come here to participate in the swearing-in ceremony (of Narendra Modi as PM). Since then we have been following those three principles,” she said. On reports that Pakistan is trying to use China to put a “technical hold” on India’s request to list Kashmiri hardliner Syed Salahuddin in the UN Security Council sanctions committee on Al Qaeda and associated entities, Ms Swaraj said:

“We had told China that we are not the only victim of terror. China is also a victim and the source is same. So, while voting in 1267 in these type of issues, do not take a narrow view. “Keep global terrorism in mind and follow a policy so that we can work together and take decisions unitedly. This was conveyed to Chinese leadership by the Indian leadership.”