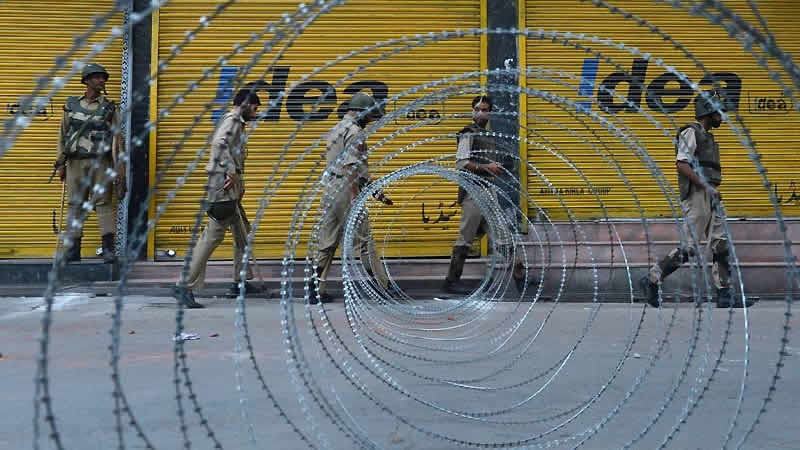 The Jawaharlal Nehru University (JNU) row refuses to die down. A new video has surfaced showing a professor of the university saying

Kashmir is not a part of India and that raising of pro-independence slogans by Kashmiris is justified.

“Everyone knows that India is illegally occupying Kashmir. Everybody accepts (it),” Prof Nivedita Menon is seen in the video clip as telling a gathering of JNU students on Feb 22. After an event on JNU’s campus on Feb 9, three students were arrested on charges of sedition for allegedly chanting anti-India slogans, some allegedly in favour of independence of Kashmir.

JNU students’ union president Kanhaiya Kumar was among those arrested. The arrests triggered widespread outrage among students and teachers and drew severe criticism from opposition parties. “The maps of India in foreign publications like Time and Newsweek show a different map of Kashmir. These copies of the magazines always create a lot of controversy and are censored and destroyed,” Prof Menon says in the video.

“When the whole world is talking about India’s illegal occupation of Kashmir, then we should think that pro-azaadi slogans in the valley are justified.” The professor teaches at the Centre for Comparative Politics and Political Theory at the School of International Studies in JNU. The video of her speech was uploaded on YouTube on Feb 27.

The Bharatiya Janata Party’s student wing ABVP has condemned Prof Menon’s statement. It wants a resolution to be moved before JNUSU, condemning such statements. “We promise to vote in favour of it (the resolution),” the ABVP said.