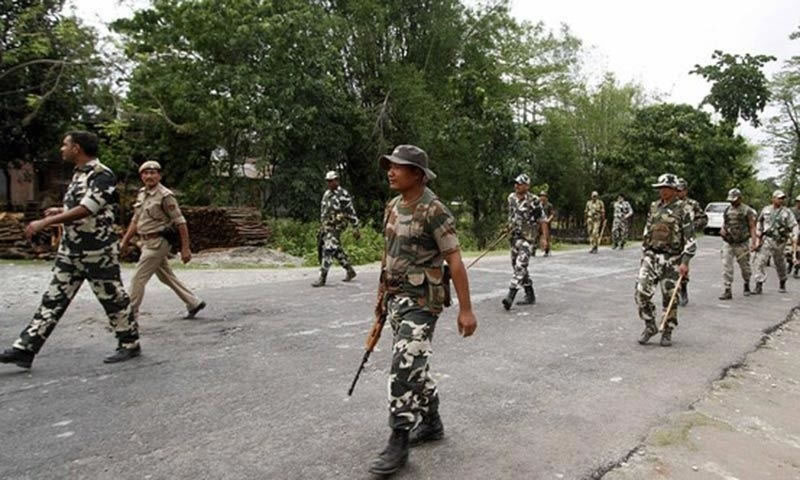 Indian security forces have killed three of 10 alleged terrorists that were tipped off by Pakistan, reports said on Wednesday.

He said that three of the 10 terrorists were “neutralised” three days ago but gave no details. The official said that investigators were not in a position to share any further information about the three killed terrorists as verification process was still on. He also said that the terrorists planned to strike at the famous Somnath temple on the coast of Gujarat, ahead of Maha Shivratri celebrations last week. “There are seven more, whom we have to track.

The terrorists could belong to a third country as well,” said the official. Mr Janjua had tipped off his counterpart Ajit Doval, reportedly saying that Pakistan had information about 10 terrorists, belonging to either Lashkar-e-Taiba or Jaish-e-Mohammad (JeM), The Hindu said. CNN-IBN news channel said that while working on the leads, the Indian security agencies had got information that the terrorists managed to infiltrate into Delhi.

“We have information that the terrorists might target market places and malls,” Delhi Police sources had said. All the vital installations in Delhi including India Gate, Rashtrapati Bhavan, railway stations have been on high alert.

25 INGOs Allowed To Operate In Pakistan