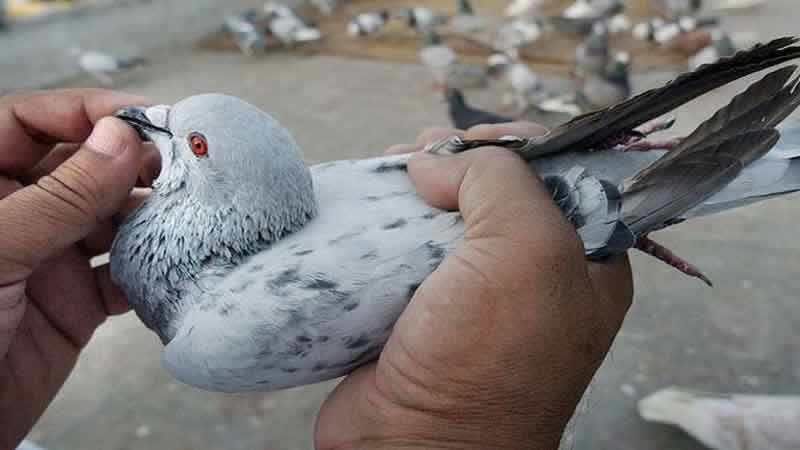 Indian police said Monday they have taken a pigeon into custody after it was found carrying a warning note to Prime Minister Narendra Modi near the heavily militarised border with Pakistan.

Border Security Force (BSF) officers found the bird in Pathankot in the northern state of Punjab, where militants had launched a deadly attack on an air force base in January. We took it into custody last evening,” Pathankot police inspector Rakesh Kumar told AFP by telephone. The BSF found it with a note in Urdu saying something like ‘Modi, we’re not the same people from 1971.

Now each and every child is ready to fight against India’,” Kumar said. The note was apparently signed by the Pakistan-based militant group Lashkar-e-Taiba (LeT) “so we are investigating the matter very seriously”, Kumar said. It is not the first time birds have become embroiled in the often deadly decades-old rivalry between the two nuclear-armed nations. But it comes as tensions escalate over a raid on an Indian army base in Held Kashmir that New Delhi blamed on the same militant group held responsible for the attacks in January.

Two balloons were also recently found in Punjab with similar messages addressed to Modi in Urdu. Last year, Indian police seized a pigeon on suspicion it was being used for espionage by Pakistan and also X-rayed it to check for any spy camera, transmitter or hidden chip. In 2013, Indian security forces found a dead falcon fitted with a small camera, and in 2010 another pigeon was detained over spying fears.

18 Dead As Libyan Forces Confront IS