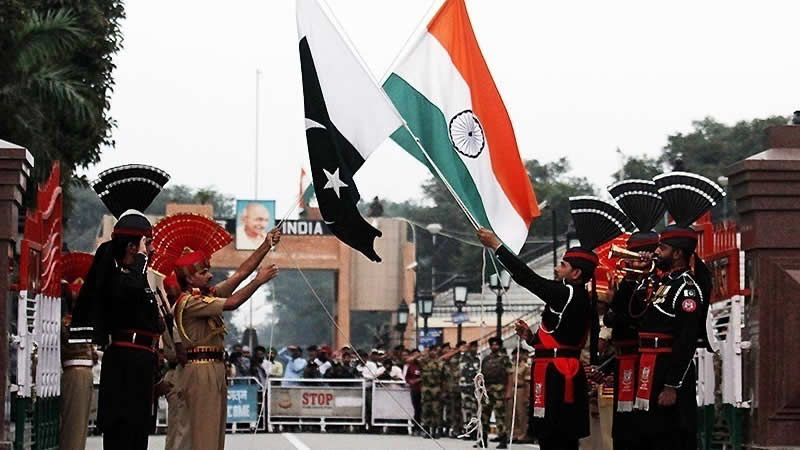 There is cautious optimism in Islamabad that the thaw in relations with India is holding steady despite some wrinkles in the last few days. The confidence emanates from the fact that there is more to this thaw between the two adversarial neighbours than is known publicly.

According to Red Zone insiders who have been monitoring these developments very closely, the haphazard outcome generated last week by the meetings of the Economic Coordination Committee (ECC) and the federal cabinet injected an element of uncertainty in the ‘thawing process’ under way between Pakistan and India. However, these insiders say that while the process may have hit a temporary bump, it has not derailed. One reason for this confidence is that too much time and effort has already been invested by both sides into the quiet process of backchannel engagement.

According to high-level sources, the engagement process started way back in 2018. Relevant people at an appropriate level of seniority in both capitals initiated contacts and began to quietly speak to each other in order to reduce tension and enhance prospects of calibrated normalcy. This process continued till August 2019 when India took the unilateral step of abrogating Article 370 and converting Occupied Kashmir into union territory. As a result of this extreme step, the process of engagement between Islamabad and New Delhi came to a sudden stop.

The year 2019 was a tough one as it saw the two countries edging towards a brink of conflict. However, Pakistani officials at the highest level, including Prime Minister Imran Khan, continued to declare publically that Pakistan was ready for a peaceful resolution of all conflicts but not at the expense of its principled position on the issue of Jammu and Kashmir. Officials say these are not simple binaries, and both sides realise that there is always space to engage and talk while holding on to principled positions even in adverse circumstance — and often specially in adverse circumstances.

Such logic prompted Pakistan and India to re-start their quiet engagement in the spring of 2020. What followed, according to insiders, was a series of meetings between relevant officials of the two sides in various locations outside Pakistan and India. The process was encouraged by some influential countries that have continued to urge both neighbours to keep their backchannel alive even during the most hostile of times. These meetings helped ease tensions and spur dialogue on issues that appeared intractable in public engagement.

As was to be expected, the contents of the backchannel talks that resumed last year were comparatively different to what had been discussed in the phase from 2018 to August 2019. In the second phase, Pakistan’s main emphasis was on the situation in India-held Kashmir (IHK). Pakistan was concerned about the increasing repression in the occupied territory and the sufferings of its people. This priority reflected in the Pakistani talking points.

As these quiet talks in secret locations progressed, Indian officials even raised the possibility of allowing normal political activity to resume in IHK. They said if Pakistan and India could agree to various normalisation steps, there was a possibility that Indian Prime Minister Narendra Modi could visit IHK and announce measures for IHK that would produce an enabling environment for even greater normalisation and possible dispute resolution.

In turn, the Indian officials raised the issue of what they call “cross-border terrorism”. Pakistani officials assured them that Islamabad was strictly following a policy of not allowing non-state actors to engage in any armed activity.

Over months and in various locales, these talks progressed satisfactorily and by early 2021 began to produce results. The first major breakthrough was the announcement of the resumption of the 2003 ceasefire between Pakistan and India at the Line of Control (LoC). The announcement took everyone by surprise and made headlines across the world. The ceasefire was a direct outcome of these protracted backchannel talks and was in fact an evidence that the talks were producing results. More results followed in quick succession. India agreed to indulge in “vaccine diplomacy” by agreeing to send the Covid-19 vaccine to Pakistan. Shortly thereafter, India opened its air space to allow Prime Minister Imran Khan to fly over for his visit to Sri Lanka. The next month Prime Minister Narendra Modi sent a letter of greetings to Prime Minister Imran Khan on Pakistan Day and he reciprocated by dispatching a similar letter of thanks back to him. These promising developments were all by-products of the quiet engagement between Islamabad and New Delhi that had begun back in 2018 and had survived various bilateral crises during this period.

There was also talk of the Indian prime minister visiting Pakistan later this year to participate in the South Asian Association for Regional Cooperation (Saarc) summit.

Last month in his speech at the Islamabad Security Dialogue, Chief of the Army Staff General Qamar Javed Bajwa had said: “[W]e believe that it is time to bury the past and move forward. But for resumption of peace process or meaningful dialogue our neighbour will have to create conducive environment, particularly in Indian Occupied Kashmir.”

Officials in Islamabad believe that the backchannel talks — which are a normal, and often necessary means of engagement between adversaries — have shown that both countries are ready and willing to explore options that can help in settling disputes peacefully.

Last week’s confusion over importing sugar and cotton from India, according to sources, was an unexpected bump in this process of engagement. With the bilateral thaw producing outcomes, the commerce ministry had argued in recent weeks that importing sugar and cotton from India made economic sense. The mistake that the commerce ministry committed was that it did not follow the required procedures in order to process this policy. For instance, the ministry did not consult the Foreign Office before submitting the summary in the ECC. There was further confusion in that meeting when the commerce adviser said the prime minister had already approved the summary. As a result, the cabinet meeting the following day witnessed angry reactions from several ministers led by Foreign Minister Shah Mehmood Qureshi.

In this avoidable confusion, the government ultimately came out with a strong statement saying there would be no normalisation with India unless it took back its unconstitutional step of August 2019.

Red Zone insiders say the mishandling of the trade issue by the commerce ministry has not helped the process of quiet bilateral engagement. However, they say Islamabad has noted with satisfaction that there has been no adverse official reaction from New Delhi. These insiders believe that both countries are interested in improving the environment and there is a promising possibility of forward movement on the IHK status issue. They reiterate that Pakistan will not move away from its principled position in Kashmir but will do whatever it can to ensure that the people of Occupied Kashmir get relief.

In this respect, they believe the process of backchannel engagement can produce even better results if it moves forward gradually. Haste is not required, but if New Delhi remains open to not making demographic changes in IHK and allows resumption of political activity and discussions on reverting the August 5, 2019 action, Pakistan would continue to engage in a meaningful dialogue.

In the meantime, the PTI government may want to improve its inter-ministerial coordination before it creates further complications.