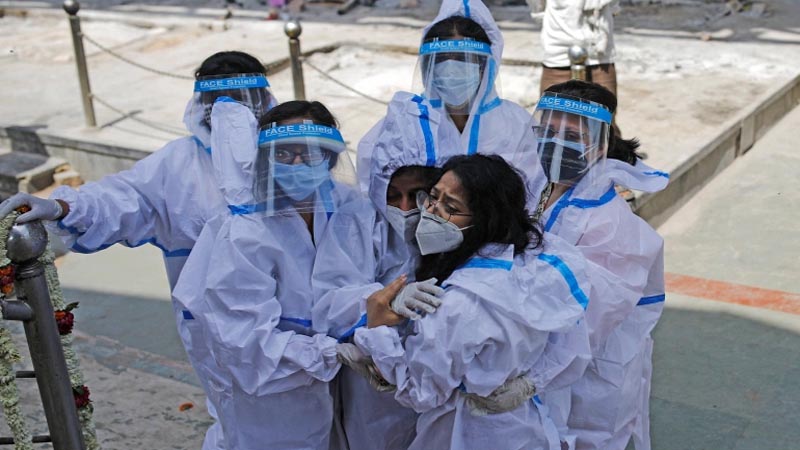 A brutal second wave of coronavirus infections, blamed on a “double mutant” variant and “super-spreader” mass gatherings, in the world’s second-most populous nation has stretched its long-underfunded healthcare system to a breaking point.

A large number of hospitals are reporting acute shortages of beds and medicine and are running on dangerously low levels of oxygen.

At least 24 COVID-19 patients died in western India’s Maharashtra state on Wednesday when the oxygen supply to their ventilators ran out, amid a nationwide shortage of medical oxygen, hospital beds and medicines such as the anti-viral drug, remdesivir.

Health experts say India let its guard down when the virus seemed to be under control during the winter, allowing big gatherings such as weddings and festivals.

Prime Minister Narendra Modi is himself facing criticism for addressing packed political rallies for local elections and allowing a Hindu festival to go ahead where millions gathered.

Modi said in an address to the nation on Tuesday night that “all efforts are being made” to boost supplies of medical oxygen.

The New Delhi High Court on Wednesday ordered the government to divert oxygen from industrial use to hospitals to save people’s lives.

“Beg, borrow or steal, it is a national emergency,” the judges said responding to a petition by a New Delhi hospital seeking its intervention.

It also said that 75 railway coaches in the Indian capital have been turned into hospitals providing an additional 1,200 beds for COVID-19 patients.