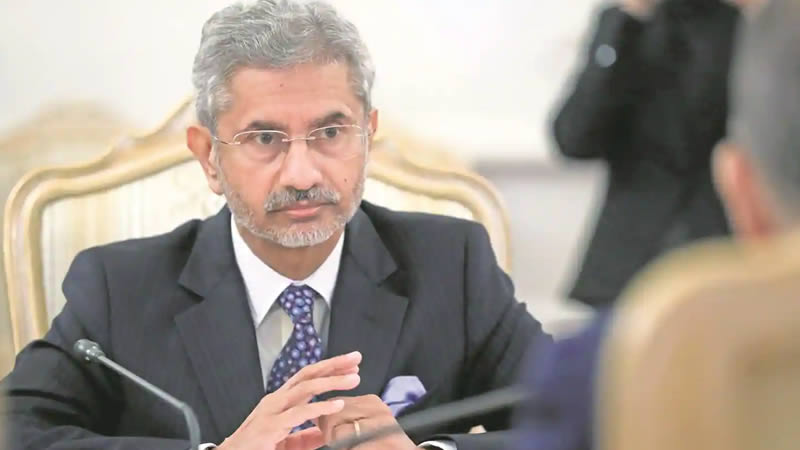 “Pakistan has always been highlighting to the international community the politicisation of FATF and undermining of its processes by India. The recent Indian statement is just further corroboration of its continued efforts to use an important technical forum for its narrow political designs against Pakistan.

“While Pakistan has been sincerely and constructively engaged with FATF during the implementation of the action plan, India has left no stone unturned in casting doubts on Pakistan’s progress through disgraceful means,” said the FO statement.

It added that Pakistan was also considering approaching the financial watchdog for “appropriate action” in the matter.

“Following the recent confession by [the] Indian government, India’s credentials for assessing Pakistan in FATF as co-chair of the Joint Group or for that matter any other country are subject to questions, which we urge FATF to look into,” the statement said.

The FO said Pakistan’s “immense progress” in Anti-Money Laundering/Combating the Financing of Terrorism (AML/CFT) had been demonstrated through “concrete, tangible and verifiable actions” that were acknowledged by FATF.

“We are resolved to sustain this momentum and trajectory with the support and cooperation of our international partners. India’s delusions of putting pressure on Pakistan have always remained unfulfilled and would never see the light of day.

“Despite distractions including politicisation of FATF processes by certain jurisdictions, Pakistan reaffirms its commitment to bring its AML/CFT systems to international standards for its own good and also to fulfil its international obligations and commitments,” the FO statement said.

“Due to us, Pakistan is under the lens of FATF and it was kept in the grey list,” Jaishankar was quoted as saying while addressing a virtual training programme on foreign policy for BJP leaders.

He added: “We have been successful in pressurising Pakistan and the fact that Pakistan’s behaviour has changed is because of pressure put by India by various measures.”

During the session, the minister also credited the Indian government’s efforts “through the United Nations” for sanctions on proscribed organisations such as Lashkar-e-Taiba and Jaish-e-Mohammed, according to the report.
FATF assessment of Pakistan

The FATF had on June 25 announced that Pakistan will continue to remain on the watchdog’s “increased monitoring list” till it addresses the single remaining item on the original action plan agreed to in June 2018 as well as all items on a parallel action plan handed out by the watchdog’s regional partner — the Asia Pacific Group (APG) — in 2019.

The addition of a new action plan alongside the original one, which Pakistan had completed except for one agenda item, had raised eyebrows among analysts and observers, who said the goalpost was being shifted for Pakistan despite its high level of compliance.

FATF President Dr Marcus Pleyer had observed that “Pakistan has made significant progress and it has largely addressed 26 out of 27 items on the action plan it first committed to in June 2018.”

Pleyer, however, added that the item on financial terrorism still needed to be addressed which concerned the “investigation and prosecution of senior leaders and commanders of UN-designated terror groups”.

He had said Pakistan was still “failing to effectively implement the global FATF standards” across a number of areas.

When asked whether all countries were being treated equally by the FATF, the president had responded: “Our rules and procedures are very clear. All deficiencies must be addressed and it would also be discouraging if other countries fully address all their action plan items and then got off the list, and some countries got off the list before they have completed all the action items. So the expectation is clear, we treat all countries equally.”

The FATF had formally placed Pakistan on its grey list in June 2018 due to ‘strategic deficiencies’ in its anti-money laundering/counter-terror financing regime after a push from India supported by the US, the UK and some European countries.

Last month, Foreign Minister Shah Mahmood Qureshi had reiterated that India wanted to use the FATF forum for “political purposes” but should not be allowed to do so.

Similarly, after the global financial watchdog announced in June that Pakistan would continue to remain on its “increased monitoring list”, federal Minister for Energy Hammad Azhar had also hit out at India, saying its face had been “badly unveiled” and it had “overplayed its hand”, because of which everyone now knew that it had one purpose – to politicise the FATF.

“I think India’s thoughts and politicisation efforts there [in the forum] are losing weight with time because they have become so visible,” he had said.

Earlier this year, the Foreign Office had criticised India for linking a conviction of banned Lashkar-e-Taiba (LeT) leader Zakiur Rehman Lakhvi with the FATF, terming it “yet another Indian attempt to politicise FATF and use its processes against Pakistan”.

Meanwhile, after the blast in Lahore’s Johar Town, Foreign Minister Qureshi had on June 28 said that Pakistan had shared “concrete proofs” of India’s terror financing in the country and demanded that the FATF bring India in the dock and question its wrongdoings.

“The FATF member countries’ action [after witnessing India’s terror financing proofs] will determine whether it’s a technical or a political forum,” Qureshi had said.