by top3
in Middle East
0 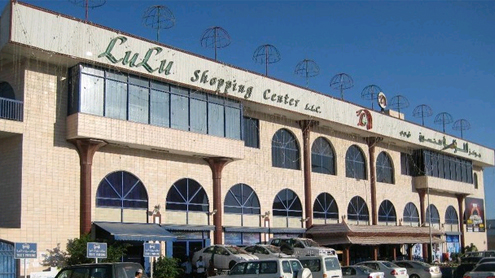 SHARJAH – The Sharjah Police are investigating a jewellery heist at LuLu Centre in Rolla area of Sharjah in the early hours of Monday.

The robbers broke the glass panel and wooden barrier of Damas outlet in the shopping centre around 3am and escaped with a substantial quantity of jewellery, a police source said. The police, who were informed about the heist in the morning, cordoned off the area and forensic experts took fingerprints.The case has been referred to Al Buhairah police station where a number of employees of Damas and the shopping centre have been detained for interrogation. The police are also examining the CCTV footage to identify the culprits and the method used in the break-in.

An official at LuLu Centre said they came to know about the incident only when they arrived around 9am to open the centre. “The glass panel of the front door of the centre was broken,” he said.The official said Damas has taken the outlet on rent from LuLu management and it has its own surveillance cameras connected to the police operations room. Following the crime, the outlet has been closed down for investigation procedures.No one could figure out how the culprits managed to break in at the shopping centre on the busy Al Arooba Road, which is patrolled by police day and night. – Khaleejtimes

What sank the Titanic? Scientists point to the moon

What sank the Titanic? Scientists point to the moon