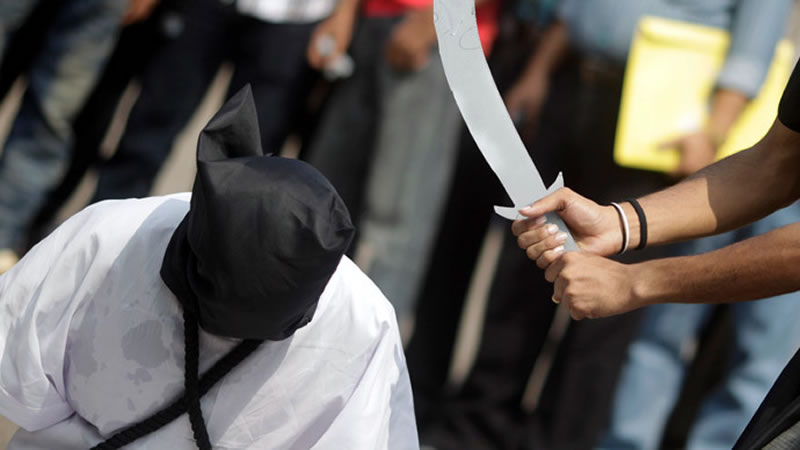 Saudi Arabia on Monday executed a man convicted of raping several girls in a case that has captured the kingdom s attention and marks the first beheading carried out under the newly enthroned King Salman. The Interior Ministry said Moussa al-Zahrani was executed in the city of Jiddah. The ministry statement, carried by theofficial Saudi Press Agency, said al-Zahrani was convicted of luring underage girls, intoxicating them, forcing them to watch pornographic videos and then physically and sexually assaulting them. His alleged victims were children assaulted in 2011 in a string of attacks in Jiddah.

The case has caused a stir on social media which is unusual in Saudi Arabia for cases of violent crimes in part because al-Zahrani claimed his innocence throughout the trial and two later appeals. Last year, al-Zahrani appealed in a 20-minute video for Saudi King Abdullah, who died on Friday, to intervene. In the widely-viewed video, the 45-year-old Arabic teacher claimed he was framed by police and that a man a neighbor of 10 years who accused him of molesting his daughter was also a police investigator in the case.

An Arabic hashtag on Twitter, “We are all Moussa al-Zahrani” garnered thousands of comments by Saudis with conflicting opinions over the case. Al-Zahrani s relatives appeared on Saudi talk shows, saying the case was riddled with inconsistencies and that the judiciary did not weigh all the evidence. They claimed a medical report found the investigator s 10 year-old daughter had not beenassaulted and that several cases of assault against young girls took place in Jiddah while al-Zahrani was already jailed.

His brother, Hassan al-Zahrani told The Associated Press after the execution that his brother, a father of six, could not have committed the crimes he was convicted of. Saudi Arabia, which has one of the highest execution rates in the world, follows a strict interpretation of Islamic law and applies the death penalty for crimes such as murder, rape and witchcraft. -dunyanews