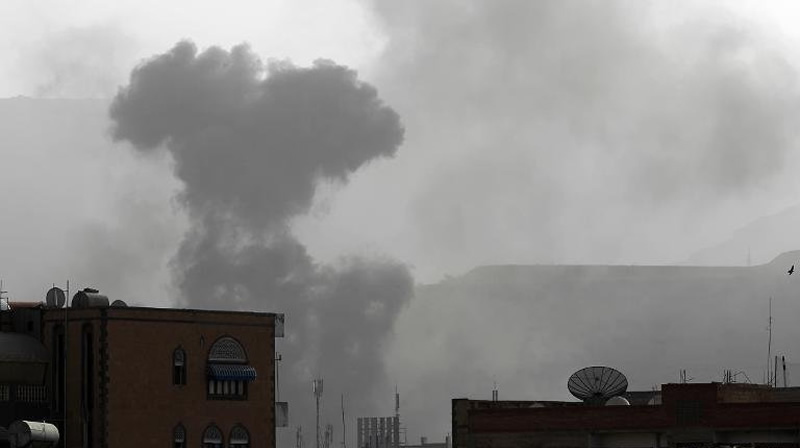 Warplanes from a Saudi-led coalition battered southern Yemen overnight in the most intense strikes since the launch of a campaign against Iran-backed rebels last month, residents and officials said Friday.

“In Aden, the raids began at around 10:00 pm on Thursday and were the most violent since the start of ‘Operation Decisive Storm’,” a resident of the southern city told AFP. The air strikes lasted well into the night, said other residents of Aden, especially the municipal headquarters of Dar Saad at the city’s northern entrance. They were carried out a few hours after Houthi rebels and renegade army soldiers loyal to former president Ali Abdullah Saleh arrived at the building, according to the residents. Coalition aircraft also targeted other positions, including a stadium in the centre of the city and checkpoints manned by the rebel forces. There was no way to immediately verify the reports.

“Extremely violent” air raids also targeted Ataq, the capital of Shabwa province east of Aden which was seized by Saleh’s forces on Thursday, an official said. Strikes were launched against a missile base near the town and an arms depot at a base in Morra, to the west of Ataq, said another official. Rebel positions were been targeted around the city of Lahj, north of Aden, according to residents. The Saudi-led coalition launched the air strikes against the Houthi rebels on March 26 in support of President Abedrabbo Mansour Hadi after they seized the capital and forced him to flee to Aden.