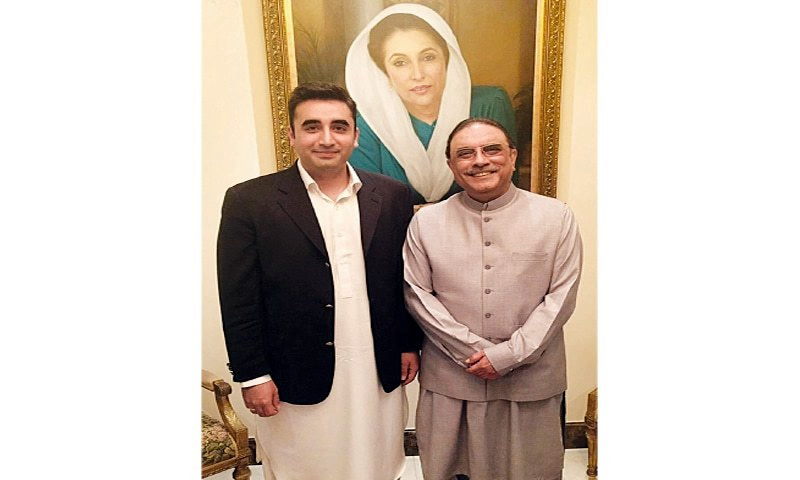 “There are no differences between myself and my father. I am committed to the party’s ideals and goals, and will work with him to reinvigorate the party and its message for a changing Pakistan. I will be on the party’s political frontline when the time is right,” PPP spokesman Senator Farhatullah Babar quoted the young party chairman as saying after the meeting.The spokesman said the meeting should quell speculations in a section of the media about Bilawal Bhutto Zardari being sidelined. “The current security environment in Pakistan is difficult for a Bhutto to openly operate, and it has been decided that Mr Bilawal will be working at the overseas PPP chapter,” the spokesman said.

“He will reach out to the party’s leadership in Pakistan for consultation from time to time.” Mr Babar said Bilawal Bhutto Zardari would also be working with senior party leadership on policy issues and reorganisation of the party.

Altaf’s Bail Extended After Over Five Hours Of Questioning

Altaf’s Bail Extended After Over Five Hours Of Questioning