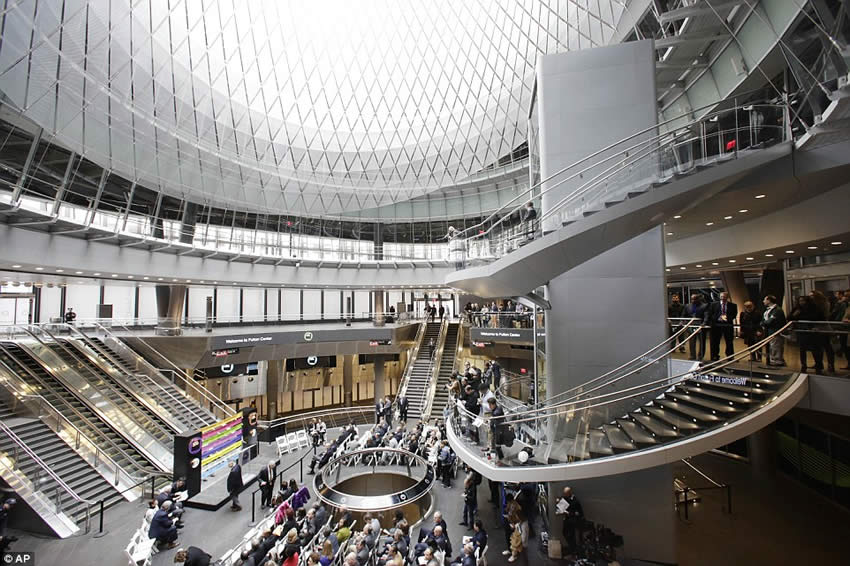 New York’s biggest subway hub is opening in the resurrected World Trade Center – providing a vital link between lower Manhattan and the rest of the city. Officials say the transit and retail hub will serve as Lower Manhattan’s next great public space — encased in a glass and steel shell with a soaring, light-filled atrium. It also includes nearly 66,000 square feet of retail and office space.

The center will accommodate up to 300,000 daily riders using the 2, 3, 4, 5 subway lines, plus the A, C, J, Z and R. A pedestrian tunnel will lead to the trade center.Last week, thirteen years after the 9/11 terrorist attack, the resurrected building opened for business – marking an emotional milestone for both New Yorkers and the nation.