Haqqani Network As Much a Threat As any Other Terrorist Group: US 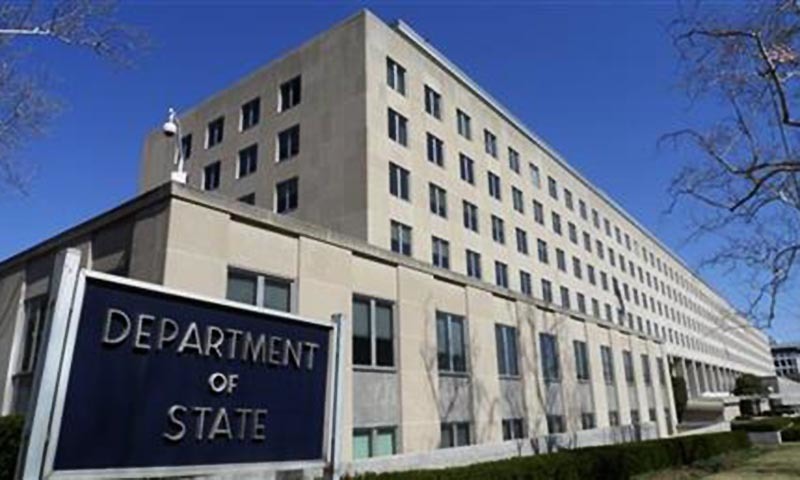 The US State Department reminded Pakistan on Wednesday that the Haqqani network was as much a threat to regional security as any other terrorist group.

“We have long communicated to the Pakistani government our view that militant groups, including the Pakistani Taliban and the Haqqani Network, continue to pose a threat to Pakistan, to the region, and to the United States,” said director of the State Department’s Press Office, Jeff Rathke. “It’s vital that every effort is made to deny safe haven to any and all violent extremists.” In this first official US reaction to National Security Advisor Sartaj Aziz’s comments that Pakistan should not target militant groups that did not “pose a direct threat to the state”, Rathke said the United States believed all terrorist groups were a threat to regional and international security. “We will reiterate this message to Pakistan’s Chief of Army Staff General Raheel Sharif as well,” said the US official.

State Department officials are expected to meet General Raheel later this week. The army chief is visiting the US and has held a series of meetings with senior US military officials. Pakistan’s Foreign Office on Tuesday said that in his interview with BBCUrdu, Aziz was referring to past developments and not the current situation and that Pakistan had already launched the biggest military operation in its history, targeting all militant groups. However, the interview was picked up by the US media with the prevailing impression that Islamabad wanted to maintain its relations with the Haqqani network.

Some commentators also claimed that the statement reflected a growing gap between the civilian government and the country’s defence establishment over Afghanistan. Rathke, however, said that “the highest levels of the Pakistani government” had assured the US that it was their “policy to target all militant groups without distinguishing among them”. He noted that Pakistan had already clarified its position on Aziz’s interview and “we welcome the clarification … underscoring that Pakistan is opposed to all forms of terrorism and that military operations in North Waziristan are targeting all terrorist groups.”