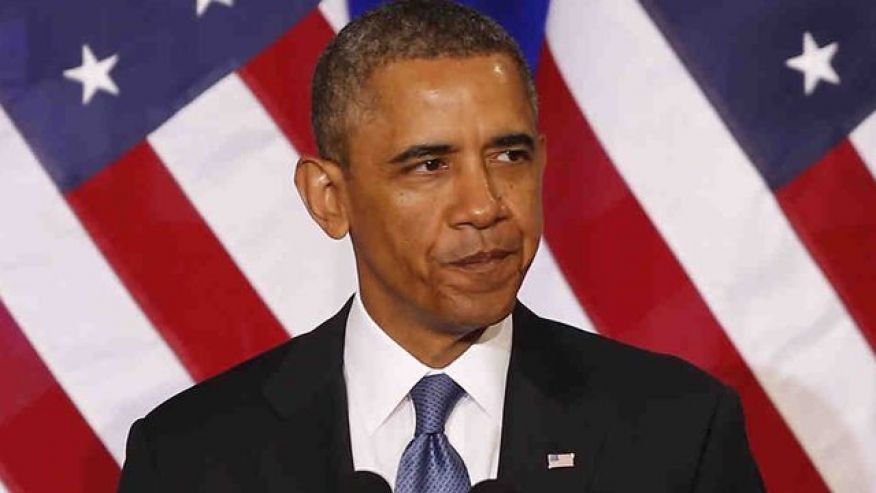 Obama says Libya was 'worst mistake' of his presidency

President Barack Obama imposed the most sweeping immigration reform in a generation on Thursday, easing the threat of deportation for about 4.7 million undocumented immigrants and setting up a clash with Republicans.

In a White House speech, Obama rejected Republican critics who say his decision to bypass Congress and take executive action is tantamount to amnesty for illegal immigrants and urged them to pass comprehensive immigration reform legislation that the Republican-controled House of Representatives has blocked. “Today, our immigration system is broken, and everybody knows it,” Obama said. “It’s been this way for decades. And for decades we haven’t done much about it.” Republicans pounced quickly, charging Obama had overstepped his constitutional power a year after declaring he did not have the authority to act on his own. In a video released before Obama’s televised speech, House Speaker John Boehner said: The president has said before that ‘he’s not king’ and he’s ‘not an emperor,’ but he sure is acting like one.”

Those undocumented residents could apply legally for jobs and join American society, but not vote or qualify for insurance under the president’s signature healthcare law. The measure would apply to those who have been in the United States for at last five years. An additional 270,000 people would be eligible for relief under the expansion of a 2012 move by Obama to stop deporting people brought illegally to the United States as children by their parents. Obama said in his speech that the real amnesty would be “leaving this broken system the way it is.”

Trying to deport all 11 million people living in the country illegally was not realistic, he added. “What I’m describing is accountability, a common-sense, middle-ground approach,” he said. “If you meet the criteria, you can come out of the shadows and get right with the law. If you’re a criminal, you’ll be deported.” Drawing a line of defense against expected Republican challenges, Obama argued his actions were not only lawful but the kinds of steps taken by presidents for the past half century, both Republican and Democratic. “And to those members of Congress who question my authority to make our immigration system work better, or question the wisdom of me acting where Congress has failed, I have one answer: Pass a bill,” he said. With Republicans warning that Obama will poison the well toward future cooperation on other issues,

The president told his opponents: “Don’t let a disagreement over a single issue be a dealbreaker on every issue.”  “Americans are tired of gridlock,” he said. Senior administration officials said Obama would shift law enforcement resources from the interior of the country to the U.S. border and that recent border crossers would be sent back. Deportation efforts would focus largely on gang members and violent criminals, instead of families. Administration officials described Obama’s actions as the biggest shift in immigration policy since 1986 changes by President Ronald Reagan. (Reuters)

Blast in Peshawar Kills two Security Men, Wounds As Many