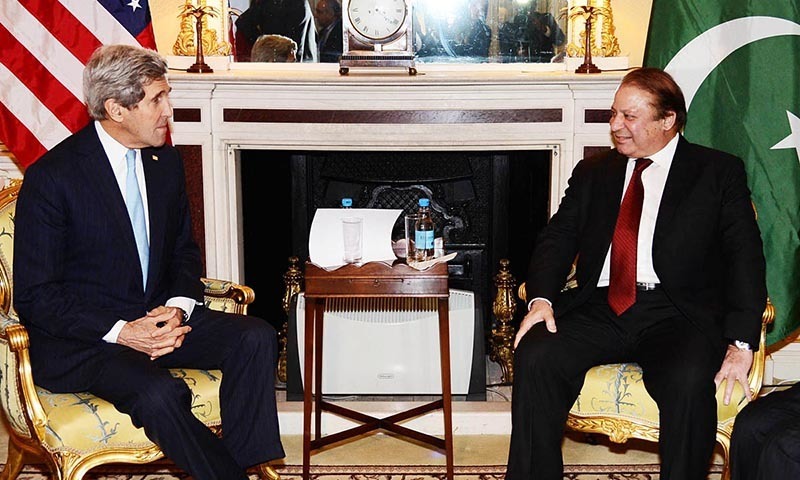 He was talking to the US Secretary of State John Kerry on the sidelines of the London Conference on Afghanistan. The premier was accompanied by his Adviser on Foreign Affairs and National Security Sartaj Aziz and Special Assistant Tariq Fatemi. The prime minister also discussed the regional situation with Kerry as well as the ongoing Operation Zarb-i-Azb. He said 80 per cent of the area had been cleared of militants, adding that the operation would continue until the complete elimination of militants.

Sharif said a stable, prosperous and democratic Afghanistan was in Pakistan’s best interest, adding that Pakistan looked forward to having a good working relationship with the new Afghan government. Secretary Kerry acknowledged Pakistan’s contributions and sacrifices in the war on terror. He welcomed the recent improvement in ties between Pakistan and Afghanistan and regarded it as a step towards regional stability. He assured Pakistan with the full support of the US in this regard. -dawn