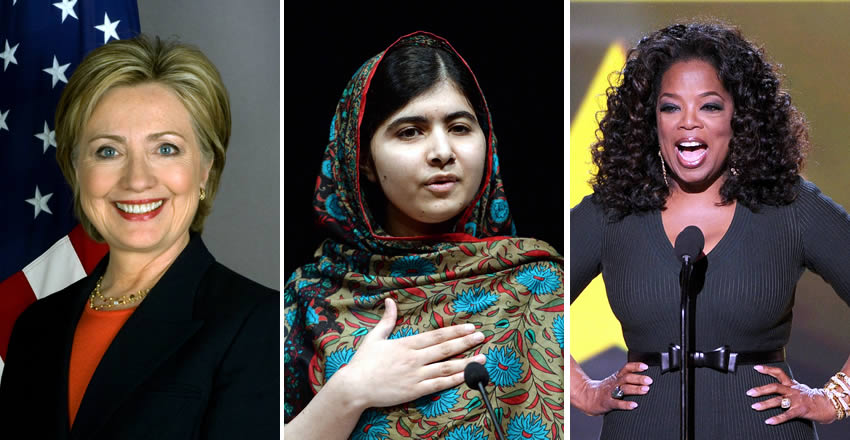 Clinton, a likely 2016 US presidential candidate, won the honour for the 13th year in a row, earning 12 per cent of the votes. Winfrey garnered eight per cent, while five per cent chose 17-year-old Yousafzai, who survived being shot by the Taliban and went on to win the 2014 Nobel Peace Prize for promoting child education rights.

President Barack Obama was the most admired man, earning 19 per cent of votes, followed by Pope Francis on six per cent. For the last seven decades Gallup has asked Americans who the men and women are that they admire most, anywhere in the world. The question is open, a polling technique that appears to reward the long-standing fame of public figures such as Queen Elizabeth. Hillary Clinton, who has been in the public eye since the early 1990s, has won the honour a total of 19 times since 1993.

Obama has been the most admired man for the past seven years. According to Gallup, the sitting US president almost always ranks first. The poll was conducted between Dec 8 and 11 among 805 adults in the United States. Its margin of error is four percentage points. – Dawn