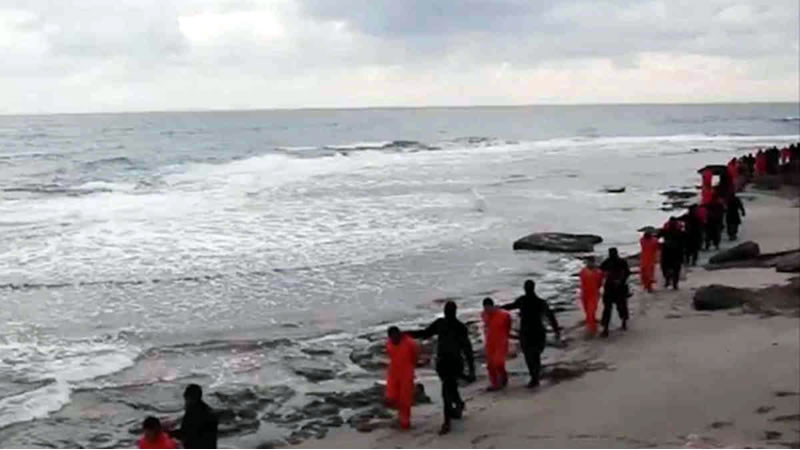 The US has condemned as ‘despicable’ the Islamic State group’s apparent beheading of 21 Egyptian Christians. The Islamic State group in Libya released a video purportedly showing the beheading of 21 Coptic Christians, prompting Egypt’s president to threaten a ‘suitable’ punishment for the killings. White House spokesman Josh Earnest says the jihadists’ barbarity knows no bounds, and the latest bloodshed only further galvanises the international community to unite against the jihadists.

The footage uploaded on social media shows 21 handcuffed hostages wearing orange jumpsuits being beheaded by their black-suited captors on a beach the group says is in the Libyan province of Tripoli. -skynews