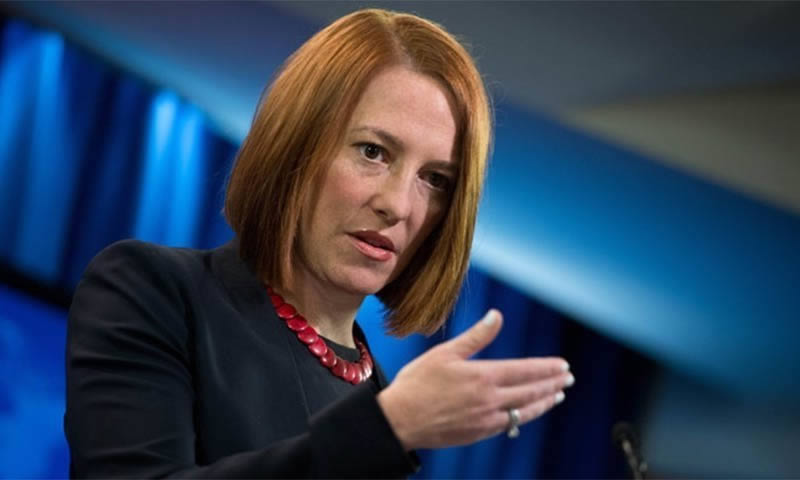 As Afghanistan moved closer to holding direct peace talks with the Taliban, the US State Department acknowledged that Pakistan too has a stake in the outcome.

“In terms of the role of Pakistan, we have long encouraged Pakistan to support (Afghan) President (Ashraf) Ghani’s reconciliation efforts,” said the department’s spokesperson Jen Psaki when asked to define Islamabad’s role in these talks.

“We, of course, remain in support and in contact with President Ghani on these matters as well as certainly countries like Pakistan who have a stake in the outcome,” she said. On Monday, Afghanistan’s chief executive Abdullah Abdullah told reporters in Kabul that peace talks with the Taliban would begin in the “near future”. President Ghani also declared over the weekend that peace was closer now than at any time since the war began more than 13 years ago. They also said that Pakistan was playing a positive role in their efforts to bring peace to the war-ravaged country and was encouraging Taliban leaders to talk to Kabul.

Ms Psaki acknowledged seeing those comments and said the United States continued to support “an Afghan-led and Afghan-owned reconciliation process” whereby the Taliban and the Afghans engaged in talks towards a settlement to resolve the conflict. Asked if the US found Pakistan’s role in these talks encouraging, she noted that the Afghan president also had acknowledged this role in his recent statements and in his inaugural address. The United States too had “long encouraged” Pakistan to support a reconciliation process, said the US official, adding that both Afghanistan and Pakistan had “shown a commitment to try to move forward”. Ms Psaki, however, rejected the notion that the United States too was talking to the Taliban. “There are no direct or indirect talks,” she added.