US backs action against terrorist groups 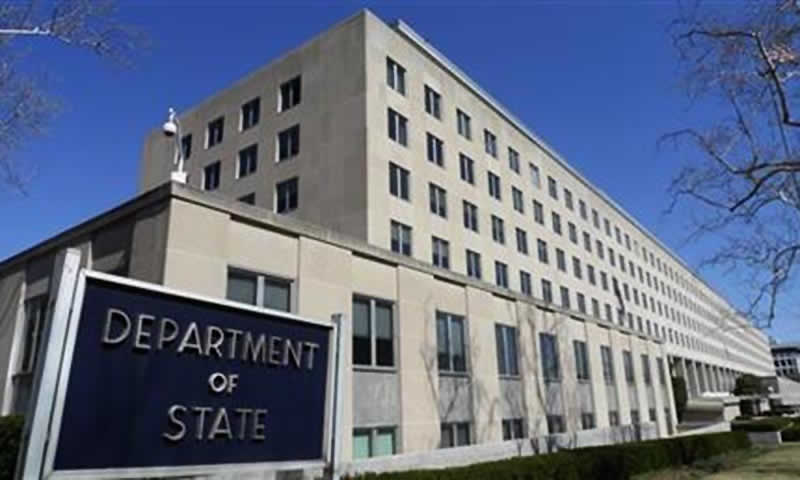 US backs action against terrorist groups

Taking action against terrorist groups is fundamental to addressing the scourge of terrorism, says the US State Department while commenting on Pakistan’s decision to ban media coverage of extremist outfits.

Pemra also attached with the order a list of 60 proscribed groups and 12 others on its watch list, indicating that the ban also applied to them. At the State Department’s briefing on Wednesday afternoon, an Indian journalist called the ban a violation of freedom of expression and asked spokesman John Kirby to condemn it. “We’re certainly aware of those reports, and I would refer you to the government of Pakistan for information on its decision,” said the US official. “We obviously continue to urge steps to constrain militant groups operating in the region, including these two in particular – JUD and LeT.” Mr Kirby reminded the journalist that LeT was a designated foreign terrorist organisation. “We absolutely believe that taking actions against them are fundamental to addressing the scourge of terrorism.

There’s no question where we are on that,” he said. US President Barack Obama also discussed the issue with Prime Minister Nawaz Sharif during a meeting at the White House on Oct 22. Mr Kirby’s response to questions on the issue at the briefing made it obvious that the US backed Pakistan’s actions against banned terrorist organisations. The back and forth questions and answers generated an almost 1400-word transcript but it failed persuade the US official to condemn the Pakistani action. “On the actual ban itself … we regularly discuss with all our partners the importance of balancing this fight against terrorism, and there’s a need there, with the imperative to preserve civil liberties, including freedom of expression and freedom of the press,” he said.