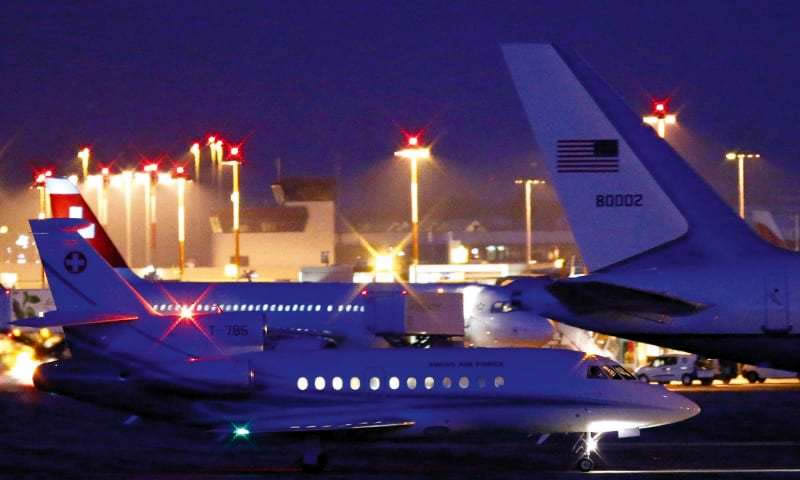 President Barack Obama confirmed on Sunday that the United States had lifted certain nuclear-related sanctions from Iran after the Islamic Republic successfully implemented a deal signed in July last year.

At the same time he announced a settlement between the US and Iran at The Hague, in which Iran received $400 million in funds frozen since 1981 plus $1.3 billion in interest.

This, he said, would save US money and time, as there was no point in dragging out this dispute and continuing to pay interest on the money. “Now that Iran’s actions have been verified, it can begin to receive relief from certain nuclear sanctions and gain access to its own money that had been frozen,” said Mr Obama while addressing his nation from the White House.

“And perhaps most important of all, we’ve achieved this historic progress through diplomacy, without resorting to another war in the Middle East,” he said. But earlier in the day, the US Treasury Department announced it was imposing sanctions on 11 people and companies involved in Iran’s ballistic missile programme. Mr Obama referred to these new sanctions in his speech as well to indicate that the lifting of nuclear sanctions did not remove other restrictions placed on Tehran. On July 14, 2015, China, France, Germany, Russia, Britain, the US and the European Union signed the Joint Comprehensive Plan of Action with Iran. The plan, also known as the nuclear deal, ends Iran’s pursuit for a nuclear weapon in return for the lifting of sanctions. “Yesterday marked a milestone in preventing Iran from obtaining a nuclear weapon,” Mr Obama said. The remarks capped a 24-hour period that significantly reshaped US relations with Iran.

With the International Atomic Energy Agency certifying that Iran had complied with its agreement to scale back its nuclear programme, Mr Obama signed an executive order lifting nuclear-related sanctions. In the order, sent to both chambers of the US Congress, he declared: “I, Barack Obama, President of the United States of America, have determined that Iran’s implementation of the nuclear-related measures specified in… the Joint Comprehensive Plan of Action, … as verified by the IAEA, marks a fundamental shift in circumstances with respect to Iran’s nuclear programme.”