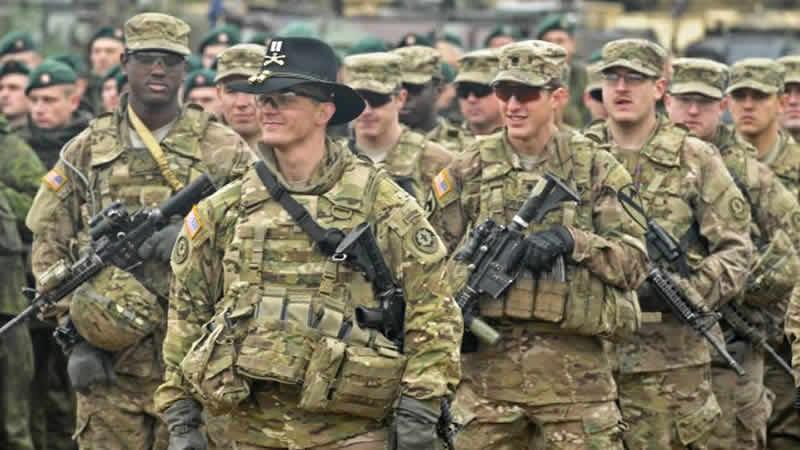 President Barack Obama on Monday said the US would send up to 250 more military personnel including special forces to Syria to help rebels fight Islamic State group jihadists.

Obama was in Germany for talks with Chancellor Angela Merkel, and both were to be joined later by the leaders of Britain, France and Italy in a meeting expected to focus on the fight against the IS in Syria and Iraq. In a speech on transatlantic unity, Obama hailed NATO partners progress so far in pushing back IS, which he called “the most urgent threat to our nations”.

A small number of American special operations forces are already on the ground in Syria and their expertise has been critical as local forces have driven ISIL out of key areas,” he said, using an alternative acronym for the militant group. So, given the success, I have approved the deployment of up to 250 additional US personnel in Syria, including special forces, to keep up this momentum,” added Obama, speaking in the northern city of Hanover. They re not going to be leading the fight on the ground, but they will be essential in providing the training, in assisting local forces as they continue to drive ISIL back. These terrorists will learn the same lessons that others before them have, which is: your hatred is no match for our nations, united in defence of our way of life.” On Sunday Obama had pressed for all parties to the Syrian conflict, including the regime s ally Russia, to return to the negotiating table and “reinstate” an internationally-brokered ceasefire.

I spoke to President Vladimir Putin early last week to try to make sure that we could reinstate the cessation of hostilities,” Obama said. That was the clearest indication yet that the White House believes the ceasefire has all but disintegrated, as regime and rebel bombardments claimed 26 lives Sunday. Eight weeks into the declared truce between President Bashar al-Assad s regime and non-jihadist rebels, violence has escalated around Aleppo, with dozens killed by government air strikes and rebel rockets. The surge in fighting and stalled peace talks in Geneva have dimmed hopes for quickly resolving Syria s devastating five-year conflict, which has sparked a major refugee crisis in the region and Europe. Russian Foreign Minister Sergei Lavrov, meanwhile, put some blame for the lack of progress on the US side. We came to an agreement with the Americans for them to use their influence on these good opposition groups and to get them to leave, so that no one would hinder the destruction of terrorist groups,” Lavrov said. But despite these promises made by the US, nothing has been done in the two months since.”

Syria s conflict, which began in March 2011 with widespread anti-Assad protests, has since spiralled into a multi-front war that has killed 270,000 people and drawn in regional and world powers. As fighting has flared again, at least 27 civilian deaths were reported in regime bombardments across Syria on Saturday, and a fresh barrage of air strikes hit Aleppo on Sunday. Pressure on Obama to end the bloodshed is increasing in the United States, which in is the throes of a fiercely fought presidential election race, and from European allies who want to halt the massive influx of refugees. Many of Obama s critics have called for a safe zone to be established. But he has insisted that his refusal “is not a matter of an ideological objection on my part”. As a practical matter, sadly, it is very difficult to see how it would operate short of us essentially being willing to militarily take over a big chunk of that country.”

Obama has come under criticism for his handling of Syria s war, with opponents saying he could have done more to stem the bloodshed. But the US president  who came to power vowing to withdraw US troops from Iraq and Afghanistan  has stood firm in his opposition to plunging the United States into another ground war in the Muslim world. In an interview with the BBC aired Sunday, Obama said that “it would be a mistake for the United States, or Great Britain, or a combination of Western states to send in ground troops and overthrow the Assad regime. He urged all parties “to sit down at the table and try to broker a transition”.

Rangers Claim Arrest Of ‘Most Wanted’ Hitman With Links To MQM

Rangers Claim Arrest Of 'Most Wanted' Hitman With Links To MQM