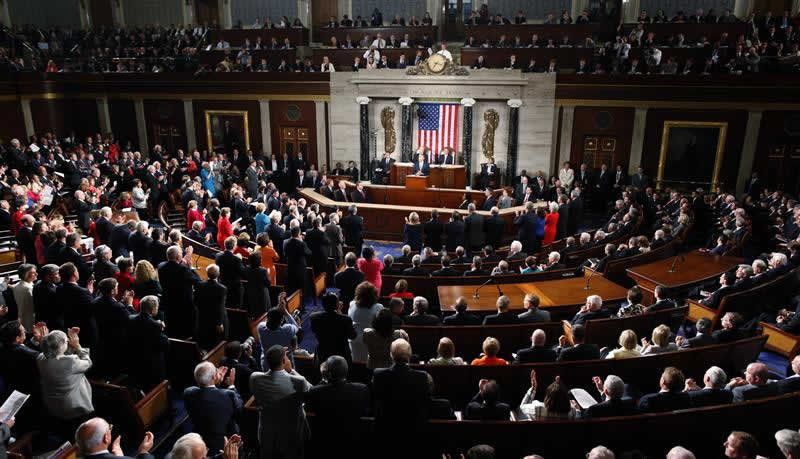 The United States (US) House of Representatives on Thursday voted 277 to 147 in favour of a defence policy bill seeking to increase restrictions on military aid for Pakistan unless certain conditions are met.

The House, expressing frustration over what they term Islamabad’s failure to crack down on the Haqqani network, passed the $602 billion National Defense Authorization Act 2017, or NDAA late on Wednesday.

The NDAA will block $450 million in aid to Islamabad unless it does more to fight the militant group, which lawmakers see as a major threat to US forces in Afghanistan. The bill requires the Pentagon to certify that Pakistan is conducting military operations to disrupt the Haqqani network, not letting the network use North Waziristan as a safe haven and actively coordinating with Afghanistan’s government to fight the network along their border.

As they finalised the 2017 version of the annual bill, House members added three amendments related to Pakistan. All passed by unanimous voice vote. One added a fourth requirement to the release of the aid, that the administration certify Pakistan has shown progress in arresting and prosecuting Haqqani network senior leaders and mid-level operatives. Another required that the Secretary of Defence certify Pakistan is not using its military or any funds or equipment provided by the US to persecute minority groups.

And a third added a “sense of Congress” that Shakil Afridi is an international hero and calls for his immediate release from prison. Pakistan sentenced Afridi in 2012 to 33 years in jail on charges of belonging to a militant group, which he denies. That sentence was overturned and Afridi is now awaiting trial on another charge. The government says its courts will decide Afridi’s fate, and has angrily criticised US politicians, including Republican presidential candidate Donald Trump, over calls to release him.

The House version of the NDAA is not the final version of the legislation. It must be combined with a Senate bill before being sent to the White House for President Barack Obama to sign, or veto. However, there is also strong criticism of Pakistan in the US Senate. This month, Senator Bob Corker used his authority as chairman of the Foreign Relations Committee to bar the use of any US funds for Pakistan to buy American F-16 fighter jets.

Kalki Koechlin Teams Up With Pakistani Filmmaker In Documentary