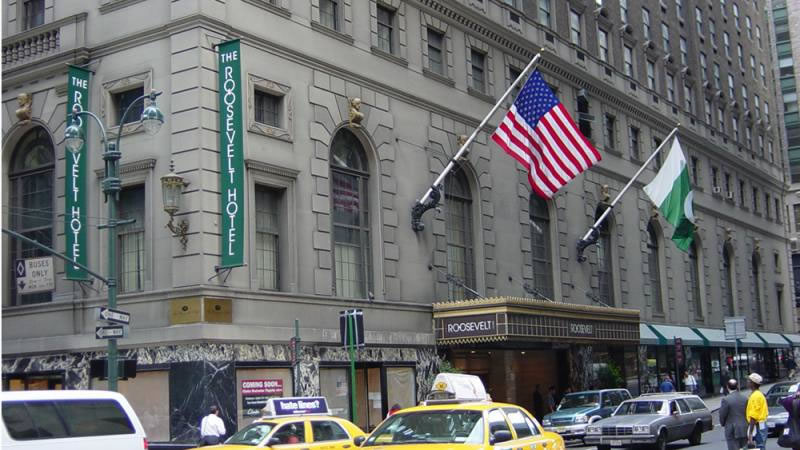 The Cabinet Committee on Privatisation (CCoP) is meeting here on Thursday to discuss plan to sell Roosevelt Hotel in New York, owned by the Pakistan International Airlines (PIA).

The Pakistan Peoples Party (PPP) has opposed the move, terming it ill-timed.

Sources in the Privatisation Commission told Dawn that the CCoP meeting on one-point agenda to discuss the sale of the New York hotel was to be held under the chairmanship of Adviser to the Prime Minister on Finance Abdul Hafeez Shaikh on Wednesday, but it was postponed for a day due to the unscheduled meeting of the federal cabinet.

Meanwhile, expressing concern over the suspension of PIA operations in Europe and other countries and the decision by various airlines to ground Pakistan-origin pilots and engineers, the PPP has called for a judicial inquiry to find out the “motive and intent” of Aviation Minister Ghulam Sarwar Khan’s statement about fake and dubious licences of the pilots and termed it an attempt to sell off the national flag carrier and its assets to government cronies at throwaway prices.

The PPP also called for resignation of the aviation minister and registration of a case against him on treason charges for bringing a bad name to the country through his controversial statement. It also opposed the government’s plan to privatise Roosvelt Hotel in New York.

In a statement, PPP Senator Raza Rabbani said the “irresponsible statement” of the federal government on the alleged false and irregular licences of pilots had resulted in grave consequences for the national carrier. He said the decision by European countries and the UK to suspend PIA operations would result in almost a virtual shutdown of the national flag carrier.

“A judicial inquiry must be ordered into the motive and intent of such a statement,” Mr Rabbani said in reference to the statement of the aviation minister made on the floor of the National Assembly on June 24 while presenting inquiry reports on the recent PIA plane crash in Karachi and four other previous air accidents.

Mr Rabbani said it seemed that grounds and reasons were being prepared to privatise the PIA at tuppence to cronies of the government.

In this regard, he referred to “a secret and most immediate” notice circulated by the Cabinet Division on June 29 for a meeting of the CCoP on July 1 with Roosevelt Hotel on the agenda.

Mr Rabbani said the result of privatisation done previously was before the nation. “Has K-Electric helped the people in terms of better service?” he asked. Similarly, he said, the PTCL was privatised and till today huge sums of money were outstanding against Etisalat.

Both privatisations, he said, took place when the incumbent adviser to the PM on finance was in the office in previous governments, which also include the PPP’s own government.

PPP’s parliamentary leader in the Senate Sherry Rehman said in a statement that the minister had talked about the fake and dubious licences whereas those of the ill-fated PK-8303 pilots were not fake.

She said not all the pilots were involved in the matter and now even the most of competent pilots and the aviation industry were facing a risk to their careers and livelihoods.

“Is this the time to sell Roosevelt Hotel, when due to the pandemic property prices have come down significantly and it will result in a loss to Pakistan as we will not get the right price,” she said.

“The property is worth billions and it was making profit when I was serving as ambassador to the US,” she said.