US Election 2020: Trump and Obama Lock Horns in Rival Rallies 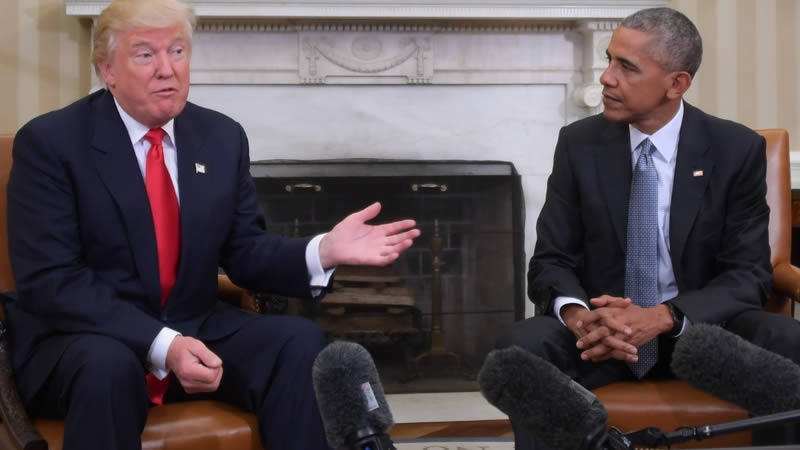 US President Donald Trump and his predecessor, Barack Obama, have directed blistering barbs at each other during rival rallies.

In North Carolina, the Republican president mocked Mr Obama for being wrong about the 2016 election outcome.

With 13 days to go until this election, Mr Biden holds a solid lead nationally.

But the margin is slimmer in the handful of US states that could go either way and ultimately decide the outcome on 3 November.

Americans are voting early at a record pace this year, with 42 million having already cast ballots both by post and in person.
What did Trump say?

Mr Trump trained most of his fire during his rally in Gastonia on Wednesday evening on his current Democratic challenger for the White House.

He said the choice for voters was between a “Trump super-recovery” or a “Biden steep depression”.

Mr Biden has been off the campaign trail all week preparing for the final presidential debate on Thursday night in Nashville, Tennessee, while Mr Trump barnstorms the battleground states.

The president could not resist taking a pop at Mr Obama, who hit the campaign trail in person about an hour earlier for the first time since the August political conventions.

“There was nobody that campaigned harder for crooked Hillary Clinton than Obama, right?” Mr Trump told rally-goers, who booed at the mention of his old adversaries’ names. “He was all over the place.”

The president added: “I think the only one more unhappy than crooked Hillary that night was Barack Hussein Obama.”

Mr Trump, a Republican, also mocked Mr Obama’s reported initial lack of enthusiasm for the White House bid of Mr Biden, who was his vice-president from 2009-2017.

In 2016, Mr Obama reportedly pressured Mr Biden to sit out the race and allow Hillary Clinton to run, believing she had the better chance of defeating Mr Trump.

Last year Mr Obama said there was a need for “new blood” in the Democratic leadership, which was widely interpreted as a slight to Mr Biden.

What did Obama say?

After lacerating attacks on Mr Trump over his handling of the coronavirus and the economy, Mr Obama turned at a drive-in rally in Philadelphia to the president’s tweets.

He said if Mr Biden won, “we’re not going to have a president who goes out of his way to insult anybody who doesn’t support him, or threaten them with jail. That’s not normal presidential behaviour.”

Mr Obama – who remains one of the most popular figures in the Democratic party – said voters would not tolerate such conduct from a family member, “except for maybe a crazy uncle somewhere”.

“Why are folks making excuses for that?” he said. “Oh, well that’s just, that’s just him. No, it’s… no! There are consequences to these actions.

“They embolden other people to be cruel. And divisive. And racist. And it frays the fabric of our society.”

On the pandemic, Mr Obama alluded to his rival’s recent bout of Covid-19: “Donald Trump isn’t suddenly going to protect all of us. He can’t even take the basic steps to protect himself.”

Almost 280 vehicles were spread throughout the car park, honking in appreciation at Mr Obama’s lines of attack.

Mr Obama will next hit the campaign trail in the potentially pivotal election state of Florida, travelling to Miami on Saturday and Orlando next week.