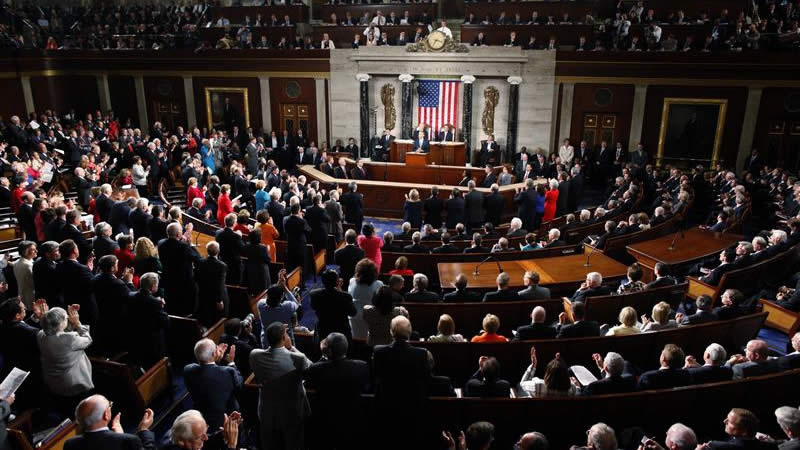 Pakistan will decide Afghanistan’s future as the United States only has a minor role now in the country after almost 20 years of uninterrupted military presence.

This claim by Afghan President Ashraf Ghani echoed in the US Congress this week, where lawmakers from both Republican and Democratic parties expressed concern about Afghanistan’s future after the withdrawal of American and Nato forces and deliberated on the key role that must be played by Pakistan in this regard.

The Biden administration plans to withdraw all foreign troops from Afghanistan by September 11, almost 20 years after the first US troops arrived in the country.

In an interview with German publication Der Spiegel earlier this week, President Ghani had said that bringing peace to Afghanistan now was “first and foremost a matter of getting Pakistan on board” and the withdrawal would greatly reduce America’s influence in the country.

“The US now plays only a minor role. The question of peace or hostility is now in Pakistani hands,” he had claimed.

The alarming message was repeated in the House Foreign Affairs Committee on Tuesday when Congresswoman Sara Jacobs, a California Democrat, read Ghani’s quote during a hearing on “the US-Afghanistan relationship after the withdrawal.”

She described the Afghan president’s claim as “quite a statement” and asked America’s chief negotiator on Afghan affairs, Ambassador Zalmay Khalilzad, about the way forward.

“What specifically are you doing to push Pakistan’s leaders and to ensure that they do step up the way we want them to?” she asked the ambassador.

Khalilzad said that he believed Pakistan’s civilian and military leaderships both recognised there was economic benefit in having peace in Afghanistan.

“COAS Gen Qamar Javed Bajwa and Prime Minister Imran Khan both (also) recognise that this economic benefit is where the future is. Gen Bajwa has said countries do not develop, regions develop,” he said.

“And I know there are challenges inside Pakistan, but I believe that Gen Bajwa’s last visit to Kabul was positive. They have discussed some steps that the two sides will take — working with the United Kingdom — in support of the effort to improve relations between these two countries.”

Ambassador Khalilzad called the Pak-Afghan relationship the Achilles heel of Afghanistan’s recent history that “needs to be overcome and we are hopeful, given the recent developments”.

The US envoy also underlined the need to view Ghani’s statement in the regional context, adding: “President Ghani is right in the sense that the region is important for a peace agreement to bring lasting stability to Afghanistan.

“It needs broad support inside […] Afghanistan and in the region, because part of Afghanistan’s problem has been a […] proxy conflict.”

The US, he said, was trying to build a regional consensus and support for peace and that’s why he “has repeatedly emphasised” the importance of this economic dimension of peace.

“The potential connectivity and trade between Central Asia, Afghanistan and South Asia is a vital part of the future of that region and for Afghanistan,” Khalilzad said while urging Afghans also to avail this opportunity for peace.

“One should not absolve the Afghans of their responsibility. They must accept each other and find a formula that can resolve their differences,” he said.

Congressman Ted Lieu, another California Democrat and a former US Air Force colonel, asked if Pakistan was so important for the success of the Afghan peace process, why was it not being treated accordingly.

“I am just curious about what happened earlier this year when 40 world leaders were invited to the climate summit, including the leaders of India and Bangladesh. And the leader of Pakistan was not invited, even though Pakistan is the fifth most climate vulnerable country. Even though 35 of the 40 countries invited have populations smaller than Pakistan’s,” he said.

“It seems to be disrespectful to not have invited the Pakistani leader to this climate summit when the leaders of India and Bangladesh were invited.

“And now we are asking Pakistan to help us, a lot, in Afghanistan. So, I am wondering what was the thinking (behind) that sort of exclusion of the Pakistani leader?”

Khalilzad said: “Of course, you are right. Pakistan is an important country. We have had periods of great cooperation with Pakistan. And Pakistan has a critical role to play in Afghanistan going forward and in a number of other issues.

“As to the climate summit, I am not in a position to respond as to what decisions were made but Pakistan’s participation, I believe, did occur. If you are interested, we can take that question for a response for the record. But I was not involved in it,” he added.

“Yes, I would like a response for the record,” Congressman Lieu responded.

Responding to a question from the committee’s chair Congressman Greg Meeks, Khalilzad said the US has recently had productive meetings with Russia, China and Pakistan, calling on the two Afghan sides to reduce violence and engage seriously in negotiations and on the Taliban not to pursue a spring offensive.

“We would like Russia and China and Pakistan to back efforts for a peaceful settlement in Afghanistan. Working to build a consensus on this objective,” he said.

When Congressman Michael McCaul, a Texas Republican, asked how the US would defend its interests in Afghanistan after the withdrawal, Khalilzad said: “We will maintain assets in the region. We are developing opportunities for enhanced cooperation with regional partners.”

And when Congressman Joseph Chabot, an Ohio Republican, suggested that the Taliban were behind last month’s bombing of a girls’ school in Kabul that killed scores of students, Ambassador Khalilzad said: “I don’t believe that they blew up the school. It’s likely ISIS which is seeking to disrupt any potential peace process and the Talibs have been fighting ISIS forcefully, which is positive.”

He pointed out that the Taliban were a formidable force against ISIS and the situation in Afghanistan was different from Iraq where the Shia-Sunni conflict created space for ISIS, while the Taliban and ISIS were from the same sect.

“The Talibs have done a reasonably good job in taking ISIS on,” he added.

Congressman Ami Babulal Bera, a California Democrat, said that since Pakistan “has been supporting the Taliban all along,” how the Biden administration could expect them to support the peace process now.

“There’s no military solution to Afghanistan and that comes to the diplomatic solution and the role of Pakistan. Pakistan has a special responsibility, given the fact that you described,” Ambassador Khalilzad said.

“And if Afghanistan goes towards a protracted war or a long war, Pakistan will suffer and Pakistan will be blamed for it. Gen Bajwa and PM Imran have said they have changed their policy, that peace settlement is the best.”

He noted that Pakistan had signed its name to a document that forbids a Taliban emirate and a military takeover. “We expect that they will deliver on those commitments. And we have found the recent engagement between Afghanistan and Pakistan encouraging,” he said.

Congresswoman Dina Titus, a Nevada Democrat, asked if the US could use its bases in Qatar and Diego Garcia to conduct airstrikes into Afghanistan, if needed.

“We are going to maintain both monitoring and strike capability in the region and expand cooperation with some of the neighbouring states for counter-terrorism purposes,” Khalilzad said.

“We will also maintain financial support and cooperation with Afghan security forces, but direct military support, such as strikes, are not being contemplated at this time.”

Aiman Khan lashes out at trolls Criticising Minal over Engagement

Aiman Khan lashes out at trolls Criticising Minal over Engagement