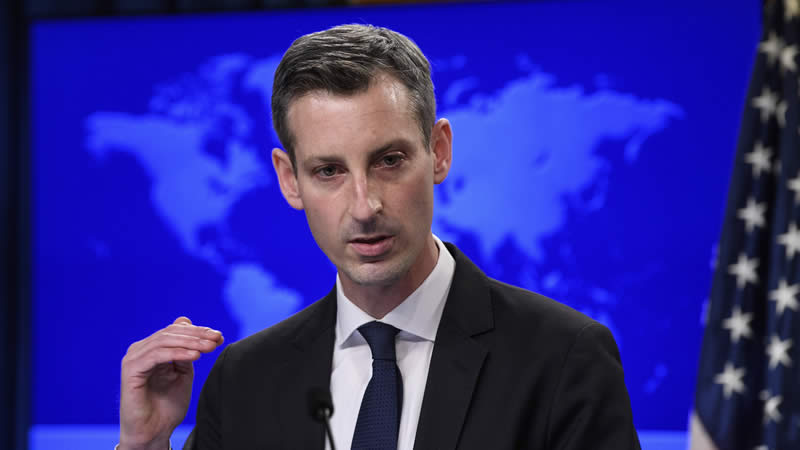 While the US acknowledges Pakistan as a “helpful and constructive partner” when it comes to Afghanistan, the shared interests of both the countries go well beyond that, Radio Pakistan quoted US State Department spokesperson Ned Price as saying during a press briefing on Thursday.

He added that the US and Pakistan had shared interests in peace and stability in Afghanistan, and “our collective efforts will bring some semblance of peace and security there.”

However, Price said, the shared interests of the US and Pakistan went beyond Afghanistan and included broader counter-terrorism initiatives and steps for strengthening people-to-people contact.

“Pakistan is an important partner on multiple fronts,” he said.

The State Department spokesperson stressed that all of Afghanistan’s neighbours needed to play a constructive role for a “durable political settlement [in the country] and a ceasefire [between the Afghan government and Taliban].”

He added that the US was going to ensure that Afghanistan’s neighbours played a constructive role in the country.

Price’s remarks have come when the US pullout from Afghanistan is in final stages and the country is on the brink of civil war, descending into chaos in the face of assaults by the Taliban.

The present situation will likely lead to the redefining of Pakistan-US ties, which was evident when Prime Minister Khan categorically ruled out the possibility of Pakistan allowing US any bases and use of its territory for any sort of action inside Afghanistan.

“Absolutely not. There is no way we are going to allow any bases, any sort of action from Pakistani territory into Afghanistan. Absolutely not,” the prime minister had told Axios on HBO in an interview last month.

He had stated the same in an opinion piece for The Washington Post, saying that: “We simply cannot afford this. We have already paid too heavy a price. Meanwhile, if the US, with the most powerful military machine in history, couldn’t win the war from inside Afghanistan after 20 years, how would America do it from bases in our country?”

More recently, Pakistan seemed to be further distancing itself from the US when the premier had stressed in an interview with English-language state broadcaster China Global Television Network that it was “very unfair” of the US and Western powers to “put pressure” on countries like Pakistan to choose sides and downgrade their relationship with China.