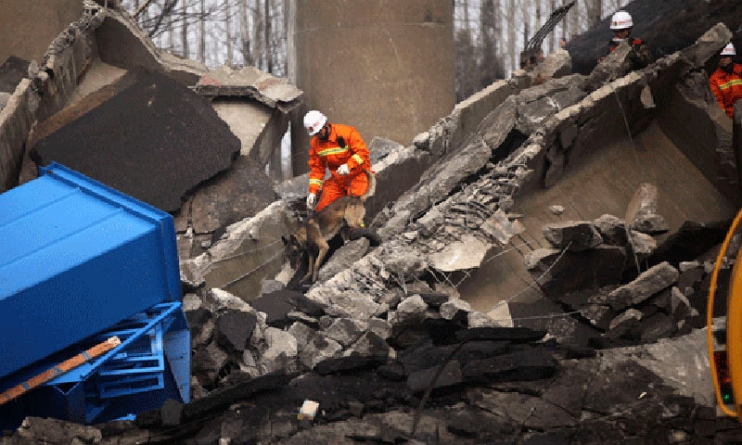 Five workers died Sunday and two more are missing after a bridge collapsed during construction work on a remote rocky atoll, the Japanese coastguard said. The Okinotori atoll, also known as Douglas Reef, lies 1,700 kilometers (1,060 miles) south of Tokyo and is the southernmost point of Japan’s territory. It is disputed by China, which says that the islands are just a collection of rocks and should not be included in Japan’s 200-nautical-mile exclusive economic zone.

The workers were reinforcing the islands shore protection when the bridge fell down in the early hours of Saturday, public broadcaster NHK reported. A local coastguard official said 16 workers had been at the site and nine were confirmed safe, adding that no further details of how the accident occurred were immediately available.

“The coastguard has dispatched two escort ships and two jets for the rescue operation,” he said. The accident occurred at 7:30 am (2030 GMT Saturday) at the atoll which covers an area of around 11 kilo metres (seven miles) and has been extensively eroded by waves. Reinforced by concrete, at high tide only the tops of two rocks remain above the surface. -Dawn