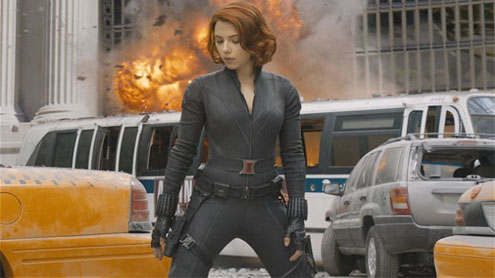 Hollywood is celebrating after “The Avengers” achieved easily the biggest film opening of all time.

The blockbuster is likely to be the first movie ever to make $200 million at the box office in a single weekend in cinemas in North America.The film, based on Marvel Comics superhero characters, easily passed the previous first weekend record of $169.2 million, which was set last year by the final instalment of the “Harry Potter” series.It also had the biggest Saturday gross ever, earning $69.7 million.With $441.5 million already made in other countries outside America since last week, “The Avengers” worldwide box office total climbed to $641.8 million.

It is set to become one of only a handful of movies to gross $1 billion worldwide.More than half of those who watched it in America on its opening weekend paid extra to see it in 3D.A $200 million weekend total for all movies showing in cinemas across America is considered successful, so for a single film to make that amount is unprecedented.”The Avengers” was distributed by the Disney studio which is recovering from releasing one of the costliest flops ever in March.Its science fiction epic “John Carter” led to Disney incurring a $200 million write-down, and studio chairman Rich Ross resigned in April.

A spokesman for Disney said: “It’s been a fantastic weekend on every single front.””The Avengers,” which was directed by Joss Whedon and cost $220 million to make, assembles several characters who have appeared separately in previous blockbusters.It stars Robert Downey Jr as Iron Man, Chris Hemsworth as Thor, Chris Evans as Captain America, Jermey Renner as Hawkeye, and Scarlett Johansson as Black Widow.Hollywood is already on the way to a record year at the box office in 2012.March saw a return of $940 million, up 38 per cent on the same month in 2011, mainly because of the success of “The Hunger Games”.Box office returns for the first quarter of 2012 were $2.6 billion, up 24 per cent from the previous year. In 2011 Hollywood studios were widely criticised for releasing a record number of sequels. – Thetelegraph