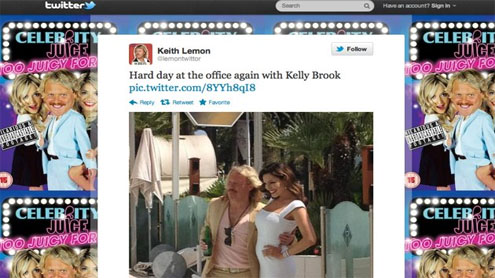 The appearance of actress Kelly Brook at Cannes causes a buzz on Twitter due to her “figure-hugging dress”. Reactions to Kelly Brook’s dress can be found below in this latest article from Relaxnews examining social media reaction to the Cannes Film Festival.

News in Pictures (@NewComps) also remarked on Kelly Brook’s dress, and Lemon’s state of undress ‘#Cannes Film Festival 2012: Kelly Brook reveals her assets, while Keith Lemon flashes his bottom.’Keith Lemon (@lemontwittor) himself tweeted ‘Hard day in the office with Kelly Brook’ accompanied by a picture of himself and Kelly Brook in the white dress that is causing such a stir at Cannes. – Yahoonews

Americans in Afghanistan to fight through 2014, top commander says