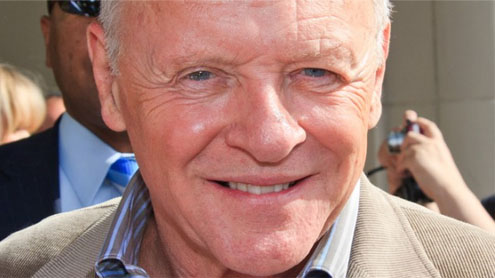 Anthony Hopkins has signed on to portray Methuselah in Darren Aronofsky’s Noah.

The legendary actor will join the stellar cast that already includes Russell Crowe, Jennifer Connelly, Emma Watson and Ray Winstone.Darren announced the news on his Twitter page gushing that he was delighted to be working with The Silence of the Lambs star.’I’m honoured to be working with the great Sir Anthony Hopkins,’ Darren wrote.

‘We just added him to the stellar cast of Noah;methuselahlives.’At 74-years-old, the Welsh actor is a far cry from the 969 years that Methuselah lived before he died.In the Hebrew Bible story, the world’s oldest man passed away seven days before the Great Flood.Russell has been cast as Noah with Jennifer starring as Naameh and Emma Watson tipped to play Ila.The movie is already in production and will start filming in August. Noah is slated for a March 28, 2014 release. – MSN