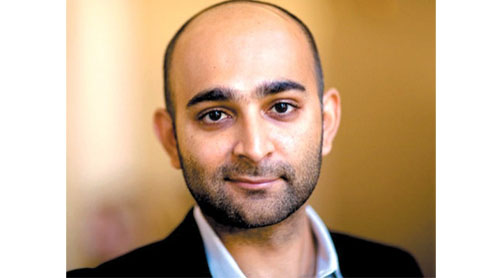 The world premiere of Indian director Mira Nair’s political thriller The Reluctant Fundamentalist based on a bestseller will open the Venice Film Festival next month, organisers said on Sunday.

The author of the bestseller Mohsin Hamid expressed excitement over the development. “I am really excited about the film. I mean, I have not seen the final version but I feel it will be a good film and will connect with the broader audience,” said Hamid. He said that there were a number of film festivals that occurred throughout the year but the two major ones were Cannes, which occurs before the summer and then Venice, which occurs after the summer.

The film tells the story of a Pakistani man chasing success on Wall Street who ultimately finds himself embroiled in a conflict between his American Dream, a hostage crisis, and the enduring call of his family’s homeland.Speaking about the film, Hamid said that it was a team effort and that the Pakistani contribution to it has been immense. The music, for instance, has a largely Pakistani influence with artists such as Meesha Shafi, Ali Azmat and Atif Aslam, contributing to the soundtrack.

When Hamid was asked whether he feels the film will be banned in Pakistan due to the content, he said that while a ban would be unfortunate, it would remain ineffective.  “(Bans are) more of a symbolic gesture because the film will be available at most shops anyway; the bigger issue is that bans stunt our cinema culture.”The film by the award-winning Nair stars Riz Ahmed, Kate Hudson, Kiefer Sutherland and Liev Schreiber.“The festival’s opening night will feature a film that provides much food for thought,” festival director Alberto Barbera said in a statement.

“Mira Nair has made an exemplary film adaptation of a novel that deals with the topical issue of fundamentalisms of any kind or nature,” he said.Nair clinched the Venice Film Festival’s Golden Lion award in 2001 for Monsoon Wedding and also won international acclaim with Mississippi Masala.The Reluctant Fundamentalist was shot in Atlanta, Istanbul, Lahore, New Delhi and New York and includes a new original song by Peter Gabriel.It is partly produced and financed by the Doha Film Institute.The film, which is screening out of competition, will be shown after the opening ceremony on August 29. The festival runs until September 8. – Tribune