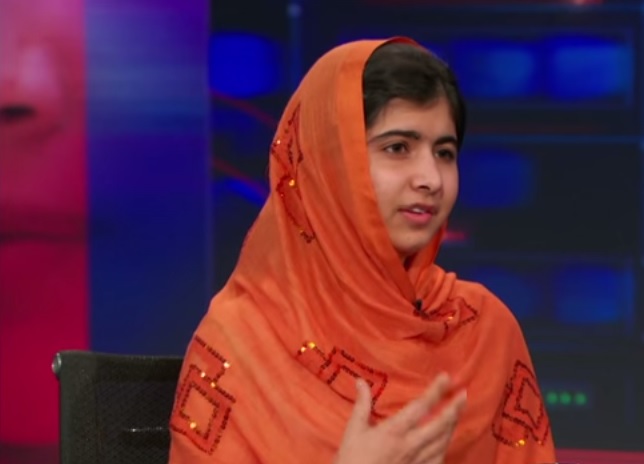 He Named Me Malala

Nobel Peace Prize winner Malala Yousafzai debuted the trailer for her upcoming documentary He Named Me Malala on the jokeless episode of The Daily Show Thursday night, and now the two-minute preview for the film is available to view above and on Yousafzai’s official Facebook.

The film follows Yousafzai and her father Zia as they continue their fight for education for all girls worldwide. Yousafzai was just 15 years old when she was shot three times and severely wounded by the Taliban when returning home on her school bus in Pakistan’s Swat Valley; Yousafzai and her father both promoted education for girls in the region. After making a miraculous recovery, Yousafzai became a worldwide advocate for the education of all children, resulting in a spot among Time‘s 100 Most Influential People in the World, a Grammy Award (Best Children’s Album for I Am Malala: How One Girl Stood Up For Education and Changed the World) and the 2014 Nobel Peace Prize, with Yousafzai becoming the award’s youngest-ever winner.

The documentary was directed by Davis Guggenheim, who previously helmed An Inconvenient Truth and Waiting for “Superman”. Filmmakers are asking that people “pledge to see the film” before He Named Me Malala arrives in theatres this October. “I think I have this opportunity to raise my voice and I believe I’m not just representing only myself but I am speaking up for all girls who are deprived of education,” Yousafzai told Jon Stewart on The Daily Show. “There are about 66 million girls, and I think I’m speaking up for them. Sometimes people do things that it has been forced upon me, or I haven’t chosen this life. But the reality is I have chosen this life.”