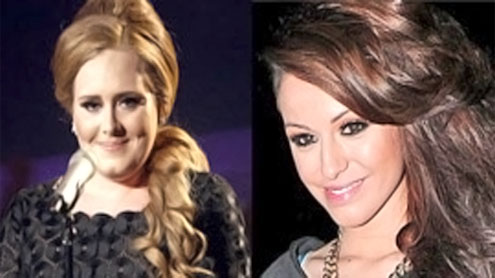 Cher Lloyd and Adele are among artists nominated for this year’s UK Music Video Awards, reported the website Digital Spy.

The show has teamed up with Vevo to launch ‘The People’s Choice Award’ at this year’s ceremony, which will allow the public to vote for their favourite video of 2011.Ten of the most popular music videos of the past 12 months have been nominated and fans will be able to vote for their favourite from now until November 1.Adele has been listed with her visual for ‘Rolling In The Deep’, while Cher Lloyd receives a nod for ‘Swagger Jagger’, the report said.

Coldplay has received a nomination for ‘Every Teardrop Is A Waterfall’ and Jessie J picks up two mentions for ‘Price Tag’ and ‘Do It Like A Dude’. The winners will be announced at the fourth annual UK Music Video Awards ceremony at The Empire in London on November 8.

The full list of nominations for ‘The People’s Choice Award’ are as follows:

* Coldplay: ‘Every Teardrop Is A Waterfall’ (Dir: Mat Whitecross)