by ToP
in Music
1 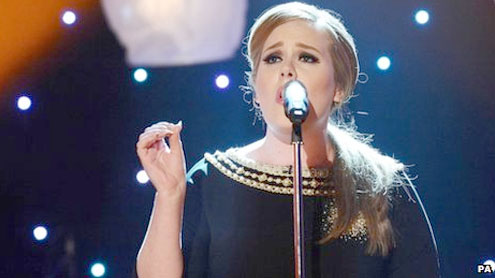 Album sales grew by 1.4 percent to 330.6 million units in 2011 according to figures published in Billboard magazine, up from 326.2 million in 2010.The small increase in the world’s biggest music market will be welcome news to the industry after years of declining revenues.”This can partially be due to aggressive pricing of albums in the marketplace, which are being priced a lot more economical for consumers, addressing their concerns that $10 for an album may be too expensive,” Keith Caulfield, associate director of charts at Billboard.com told Reuters.

U.S. physical CD sales fell six percent last year, but the 20 percent increase in digital album downloads to a record 103.1 million more than made up for the losses, according to figures from Nielsen SoundScan.Digital song sales grew 8.5 percent in 2011 to a record 1.27 billion downloads, compared with 1.17 billion in 2010.Vinyl album sales soared to 3.9 million copies, versus 2.8 million in 2010. Caulfield called the growth in vinyl albums “crazy,” attributing it to an “untapped market.”

“It’s reaching two kinds of consumers — the older consumers who remember vinyls fondly and may even have turntables, and the younger consumers who can have a physical copy in hand and have that artwork to look at,” he said.As expected, British singer Adele’s “21” was the top-selling album in the United States last year at 5.82 million copies, the highest annual tally since Usher’s “Confessions” sold 7.98 million copies in 2004.

“21” outsold the second-best selling album, Michael Buble’s “Christmas” ($2.45 million), by more than two to one. Lady Gaga‘s “Born This Way,” rapper Lil Wayne’s “Tha Carter IV” and country singer Jason Aldean’s “My Kinda Party” rounded out the five top-selling albums.Adele’s “Rolling in the Deep” was also the best-selling U.S. single of 2011 at 5.81 million downloads, followed by LMFAO’s dance track “Party Rock Anthem,” which clocked in at 5.47 million. They were the only two digital tracks to cross the 5 million milestone in any calendar year.

Katy Perry’s “E.T.,” Maroon 5’s “Moves Like Jagger” and Pitbull’s “Give Me Everything” rounded out the top five digital songs of the year.Jim Donio, president of the U.S. National Association of Recording Merchandisers, said the increase in album sales was due to a variety of reasons “including more aggressive marketing efforts and offers, availability and consumer adoption of legitimate digital commerce models (and) the power of social media.”

In Britain by contrast, album sales fell 5.6 percent to 113.2 million in 2011, according to figures from industry body BPI. Digital album sales rose 26.6 percent while CD sales slumped 12.6 percent to 86.2 million.Geoff Taylor, BPI chief executive, called on the British government to take tougher action against online piracy, the music industry’s single biggest challenge.”Unless decisive action is taken in 2012, investment in music could fall again — a creative crunch that will destroy jobs and mean the next Adele may not get her chance to shine on the world stage,” Taylor said. – Yahoonews

2012: the year for fashion magazine revamps

2012: the year for fashion magazine revamps