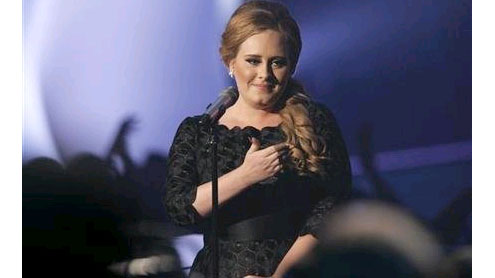 LONDON: British singer Adele who triumphed in the Grammy awards is planning to release a new single by the end of this year.

“There will be a new song, probably coming out at the end of the year. But then it depends how quickly I write some other new songs,” Adele said in an interview with a French radio station.Adele has also expressed a desire to work with Beyonce Knowles and called her a dream collaborator.

“I adore Beyonce, I’ve been listening to her since I was about 11. I think her work as an artist and a singer is enviable in terms of the length of her career and how she’s grown and grown, but most of my inspirations are from old music and sadly they have all died,” she added.

Although her fresh single is coming out this year but the album will take at least two years to complete.“If I didn’t write my own songs, I’d be out next week with a new album. I have to take time and live a little bit. There were a good two years between my first and second albums, so it’ll be the same this time,” aceshowbiz.com quoted Adele as saying.