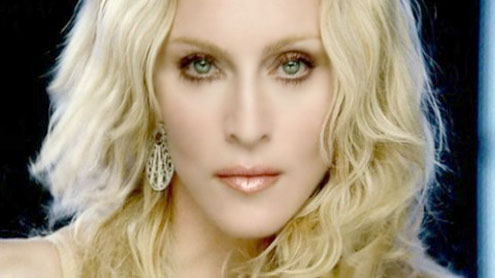 LONDON: Madonna’s ‘MDNA’ may be the first album to both top the Billboard charts and be a massive commercial failure.

The record debuted at No. 1 on the charts, prompting her long-time manager Guy Oseary to herald the singer’s comeback as a great success. And though it was quite a triumphant return, it turned out to be a short-lived one buoyed by what some are calling a cheap trick. MDNA sales have fallen a record 88 percent week-over-week, Forbes reports. So why the dramatic drop? In a somewhat savvy move, Madonna packaged the album with ticket sales.

Though Lionel Richie’s ‘Tuskegee’ was outpacing her in projected sales, Madge was able to surpass his release by essentially giving her album away to anyone who bought a ticket to see her tour. These “sales” were then counted in Billboard’s tally. With her shows either sold out or nearly sold out, no one’s going to be buying tickets any time soon. Page Six notes that Madge didn’t invent the trick. Both Bon Jovi and Tom Petty used the loophole to finagle their way to the top of the charts.

Bob Lefsetz slammed the singer and her team for failing to understand that Super Bowl shows don’t translate to album sales, especially for “an ancient superstar dashing for cash. Oldsters just want to hear the hits, and youngsters just don’t care,” he wrote of her halftime show. In Oseary’s defense, he claims that Madge has foregone traditional album promos, instead focusing on prepping what he’s touting as an epic tour. “The focus is getting the show together so ‘MDNA’ can come to life,” he tweeted. – PT