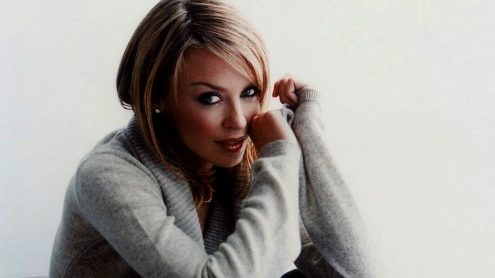 Pop star Kylie Minogue is to headline the BBC’s Proms In The Park concert in September.The Australian singer, who is celebrating 25 years in the music industry, will be backed by the BBC Concert Orchestra at the event.Also taking part in the Hyde Park celebration will be Il Divo and tenor Alfie Boe.

Minogue recently wrapped up an “anti-tour”, playing rare tracks with minimal lighting and no backing dancers.Her Proms concert is more likely to recreate new, orchestral arrangements of her hits which were recorded in London’s Abbey Road Studios last year.Amongst the songs to be re-interpreted for her 25th anniversary were On A Night Like This, All The Lovers and Finer Feelings.In a statement, the star said: “I’m delighted to be performing at one of the UK’s most outstanding nights of the musical calendar.

“To sing in front of thousands of people whilst being accompanied by the legendary BBC Concert Orchestra in such a special year is truly a dream come true.”

Proms In The Park, a companion to the Last Night Of The Proms at the Royal Albert Hall, will take place on Saturday, 8 September.Now in its 17th year, it will be hosted by Radio 2 presenters Tony Blackburn and Sir Terry Wogan – and forms part of the London 2012 Festival.Sir Terry said: “To have the Princess of Pop herself, Kylie Minogue, performing in Hyde Park promises to make the concert an unforgettable spectacle.”

Minogue’s former record label, PWL, is also staging a concert in Hyde Park this summer, featuring almost every artist who recorded under the Stock Aitken Waterman banner in the 1980s and 90s.The line-up includes Steps, Jason Donovan, Rick Astley, Sinitta and Sonia – but Minogue’s appearance has yet to be confirmed. – BBC