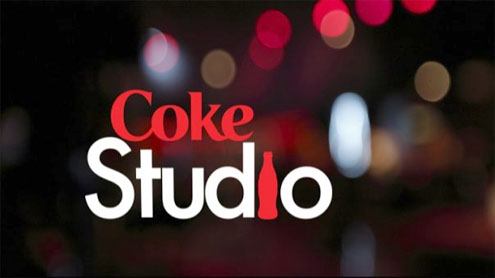 KARACHI: As “Coke Studio’s” much awaited final episode of season five went on air this Sunday, it was evident that Rohail Hyatt definitely saved the better songs for the finale.

While Overload, SYMT, Meesha Shafi and Chakwalis were expected to return in the final episode, there were two surprises. The first was an unexpected performance by musician Farhan Rais Khan and the second was the absence of rock band Qayaas. A heavy metal performance by Qayaas was really what the audience was looking forward to, but unfortunately, they were not given a solo of their own.

As an artist, Meesha Shafi has surprised us with her various artistic capabilities in the past. But one didn’t expect her to excel to this extent in such a short period of time. She performed her interpretation of “Dasht-e-Tanhai”, an Iqbal Bano classic, and the reason she pulled it off so well is because she understands her shortcomings as a vocalist and doesn’t cross any lines to prove herself as something she isn’t – leaving no space for criticism.

Rohail Hyatt kept the arrangement simple and sweet, allowing Shafi to lead the song with her mesmerising vocals which resulted in a well-balanced and listenable tribute to the legendary musician Bano and poet Faiz Ahmed Faiz.

SYMT finally got their act together in a catchy Punjabi pop number called “Koi Labda”. Although the lyrics of this track aren’t impressive, what really captivated the audience was its catchy melody, which simply grows on you. “Koi Labda” was one of the most interesting duets produced this season and was definitely worth a wait. What really enhanced the song was the inclusion of Sanam Marvi, who made her entry in the second half of the song with brilliance. She successfully incorporated a little bit of folk into a simple pop song, taking it to the next level.

The overall composition of this song was somewhat perfect and is one of those rare tracks this season that one would actually listen to again. With “Koi Labda”, not only does this season of “Coke Studio” produce another song which has the potential of going viral but it also opens new doors for SYMT as commendable song writers and Marvi, as a pop artist.

The sitar steals the night

With a father like the legendary Ustad Rais Khan, melodies run in Farhan Rais Khan’s blood for the strings of the sitar have been his childhood toys. Any amount of praise heaped this sitar virtuoso’s way is lacking; he is capable of doing so much at such a young age that he may surpass the standard of sitar playing set by his father, who is as talented as the legendary musician Pandit Ravi Shankar. In “Seher”, “Coke Studio” tried to enforce their typical studio sounds on Khan and despite the fact that it wasn’t gelling well, Khan still managed to steal the show.

His instrumental takes you on a spiritual journey and had it not been for the needless presence of the backing vocalists, the piece could have been perfect. Khan’s best performance so far remains to be the one he did with Amir Zaki at the Sitar Festival organised last year — “Coke Studio” could have put this man’s talent to better use.All in all, it was a night to remember, after Overload did a good job with “Mahi” and the Chakwalis made us smile with “Wah Wah Jhulara”. – Thetribune