Has Taleban lost its clout? 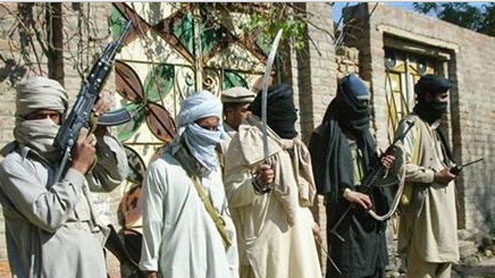 At a dark, unheated village Madrassa near Peshawar, Pakistan, Mullah Yahya spends his days begging God’s forgiveness for the horrors in which he once took part. Until a few months ago, he belonged to a Taleban unit operating in and around the Afghan town of Marja, led by a commander whose ruthlessness had earned him the nickname “Saddam.”But late last summer, Yahya finally quit the Taleban, together with a dozen other fighters and even Saddam himself. The commander and some of his men joined a US-backed militia in the Marja area — where ‘Saddam’ was killed by a Taleban just a few weeks ago. Yahya and others abandoned the war altogether. “I’d like to delete my past from my memory,” says the black-bearded 28-year-old, huddled in two coats against the madrassa’s indoor chill, to a visiting Newsweek reporter.Yahya and others like him are giving worries to Taleban leaders as well. More than 1,000 fighters have walked away from the insurgency over the past several months. The desertions alone may not drastically reduce the guerrillas’ armed strength of roughly 30,000, but they’ve compounded the group’s other recent losses. In the past year and a half, hundreds of seasoned commanders have been killed or captured, along with more than 1,000 fighters, and formerly secure bases across the strategic provinces of Kandahar and Helmand have fallen to the American-led offensive.

“The numbers [of defectors] are small, but we can’t ignore them,” says a former Taleban cabinet minister who — like other insurgent sources interviewed for this story — declines to be identified for security reasons. “They are serious and are having an impact.”The Taleban has lost its swagger. Eighteen months ago they were stronger than ever in eastern Afghanistan and their home provinces in the south, and they were growing fast in the formerly secure north and west. That was before mid-2009, when President Obama began deploying 50,000 additional US troops. Even now, senior Taleban leaders in the safety of back bases inside Pakistan shrug off the defections.But fighters on the front lines are far less cocky. They freely admit that defections, desertions, and battlefield losses are undermining their military effectiveness. Worse, the defectors have given valuable intelligence to the Americans. “They gave names of anyone who was supporting the Taleban,” the former minister says. “They are one reason for our heavy casualties.” Morale has been hit hard, too, he adds: “One of our biggest sources of pride and confidence was that there had been no real defections before.” When Obama first announced plans to begin drawing down US forces in Afghanistan this coming summer, the Taleban hailed it as a signal of surrender. They sound a lot more tentative now, even when speaking of the US plan to turn over all security duties to Afghan government forces within four years. “As we get closer to 2014, we feel nervous and under pressure,” says a Taleban intelligence officer from Helmand.

One of their biggest concerns is the lack of real leadership at the top. “In the 16 years of the Taleban’s military and political life, this is our most difficult phase,” says Zabihullah, a senior Taleban adviser. The movement’s founder, Mullah Mohammed Omar, has been unseen and silent since he fled Afghanistan in late 2001, and his right-hand man, Mullah Abdul Ghani Baradar, has been held for the past year by Pakistani  security forces.The two senior commanders who nominally run the war in the south now — Abdul Qayum Zakir and Akhtar Mohammad Mansoor — inspire little confidence in the ranks. “There has never been such an emptiness of leadership,” says the former minister, and Zabihullah agrees. “Those top two are not leading the movement well. They do not seem mentally prepared for such a heavy task.” Field commanders seem to be on their own, each pursuing his own agenda, and the ex-minister sees little or no coordination among the ruling Quetta and Peshawar Shuras and the Haqqani network that controls eastern Afghanistan.The result has been a breakdown of authority on the ground. As mid and lower-level commanders are taken down, many of their replacements seem incapable of keeping their fighters in line, longtime Taleban sources complain. Kidnappings, indiscriminate IED and suicide-bomb attacks, abuses of power, and outright banditry are alienating formerly sympathetic villagers.

The soaring number of collateral deaths is a particular grievance: in the first 10 months of 2010 alone, UN statistics say the insurgents were responsible for 1,800 civilian deaths — three times the number caused by US and NATO forces.Yahya detested what the insurgency was becoming. He first joined the Taleban in the name of driving the infidel Americans out of his homeland, he says, but the movement has degenerated into something cruel  and un-Islamic.He’s haunted by thoughts of the villagers who were beaten and tortured by his group for visiting government offices, and of villagers who fed and housed the militants and whose homes were then bombed by the Americans after the Taleban had left.Some Taleban leaders privately admit they hate losing idealistic fighters like Yahya — men they call the “book Taleban” for their commitment to Islamic studies. Newer recruits tend to be driven by money, power, or the lack of any better employment, insurgents say.But that doesn’t stop the insurgents, who are planning a major offensive against the Americans when serious fighting resumes in the spring. “We will attack in larger numbers, with new recruits from Waziristan and with more madrassa students,” the former minister promises. Yahya has no doubt that recruits will be found. “The Taleban are bad,” he says, “but the people are angry with the Americans for killing and arresting innocents, and the Afghan Army and police steal the people’s opium and money.” He pulls his two coats around him against the winter air. “Not even two per cent of the Taleban think like me.” His pessimism is echoed by a former Taleban commander who quit the insurgency after two years in US and Afghan prisons. He too has retreated to a madrassa in Pakistan. “I’m sick of fighting,” he says. “But I still believe the Americans will be defeated.” As long as that idea persists, the war is not over – Khaleejnews